The 10th anniversary of Qatar Science & Technology Park (QSTP) was the first major anniversary celebration in the fledgling research, development & innovation sector of the emerging nation of Qatar.

The event captured the curiosity of its 300 guests by welcoming them with an exhibition showcasing innovations and achievements from the QSTP members along with national and international partnerships. At the heart of the ceremony: a purpose-built setup for the official part with speeches, films and a custom-produced interactive 4D show production.. The main screen, used for films, motion graphics and live feed, was aligned with a 3D projection mapping on the building façade to form one giant media canvas for the interactive show production. The show named the “innovation machine” featured innovative elements:
– Combination of main screen and 3D projection mapping for an integrated media surface
– 4 performers with a dynamic choreography interacting with media content on different physical levels
– A motion tracking system combined with real-time content rendering & synchronized lighting effects allowing the performers to direct the content for an immersive and seamless show experience 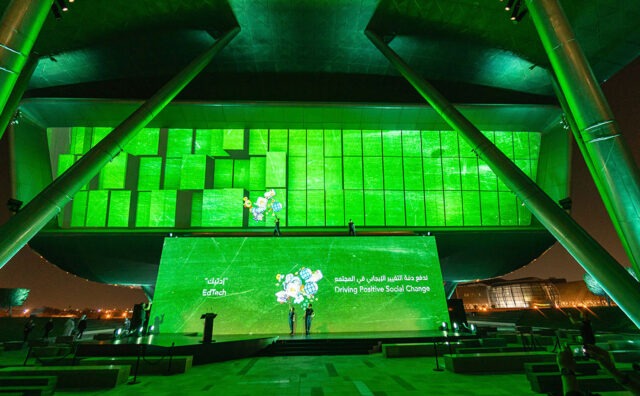 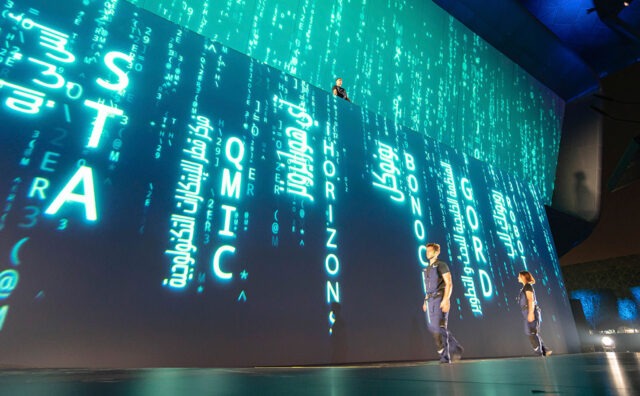 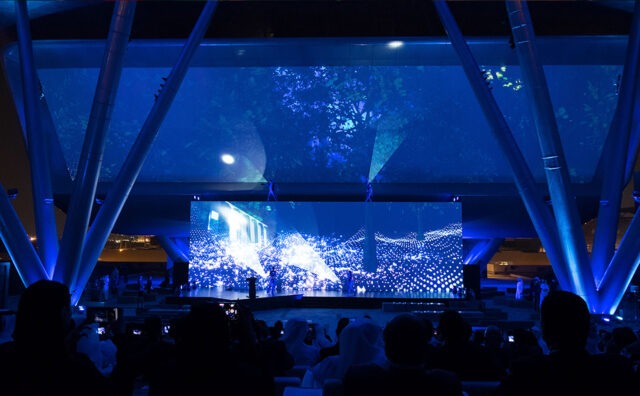 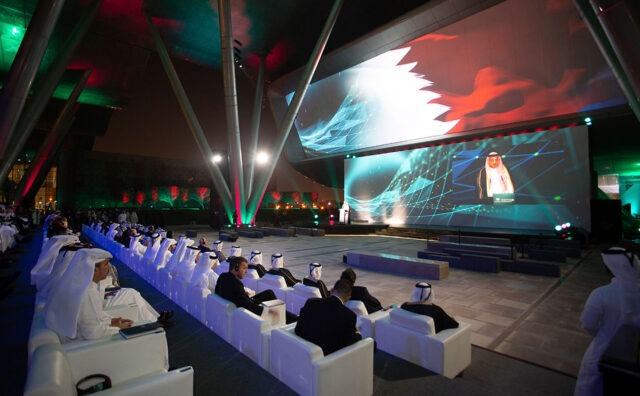