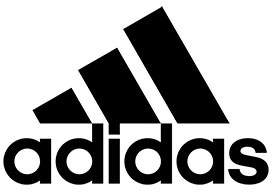 Presentation of the new range of adidas football boots through a sporting event with an innovative formula to reach a target that is very difficult to impact through traditional media.

As a sponsor of Team Heretics, a leading Spanish esports team, adidas already had some interest in this fast-emerging territory. Moreover, football & esports share a very similar target audience. With this in mind our core idea was to bring together the two sports to create a never seen before hybrid event.
The event was carried out in two local editions using the same format: 5v5 football and Fortnite tournament, where well-known YouTubers and influencers would play both disciplines complemented by the participation of professional footballers contracted to the adidas brand. The star line up included Leo Messi, who presented his Balón de Oro award with national & international media present, and Alvaro Morata, Joao Félix, Koke & Mario Hermoso, from Atlético de Madrid taking to the field & gaming consoles in Madrid.
The success of the event rested in identifying the shared values between two seemingly unrelated sports and bringing them together in a seamless yet meaningful way. 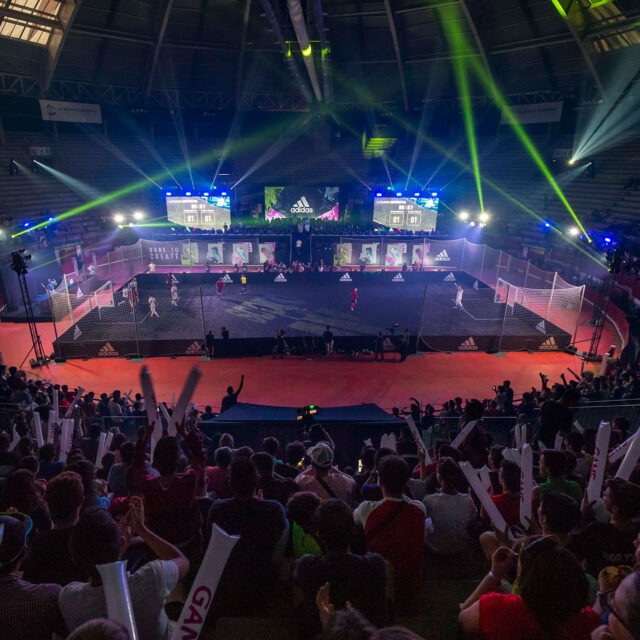 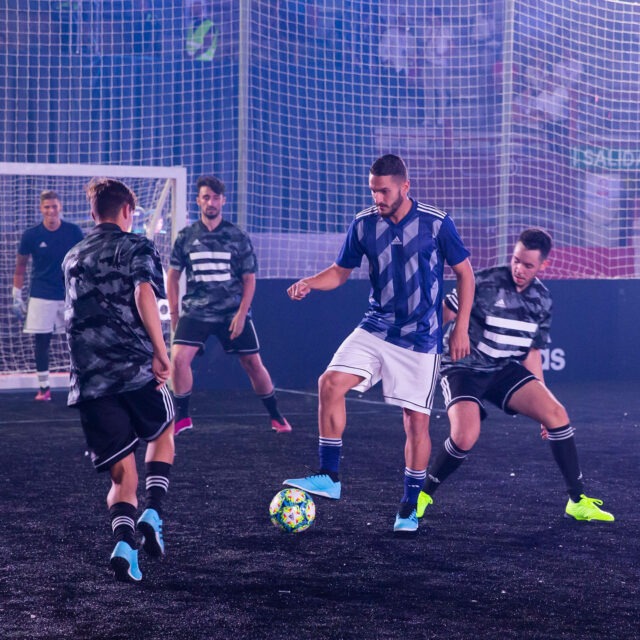 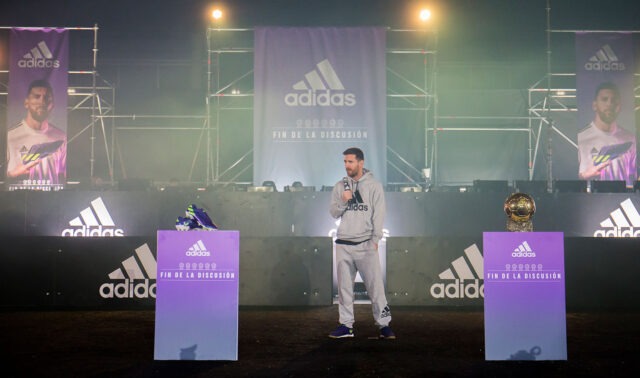 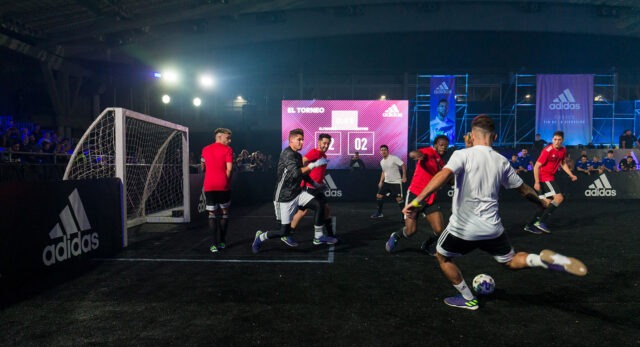 Green Lights for the Champions

Mirror house above the river