On February 2018 the ceremony, dedicated to the TAPI crossing the border between Turkmenistan and Afghanistan was held. TAPI is the largest gas pipeline, currently under construction in Central Asia. This milestone event was attended by top-officials of 4 involved countries and about 500 distinguished guests from Turkmenistan, Afghanistan, Pakistan and India. 2 shows on both sides of the state border were created by our team: multidimensional flythrough video and 360° panorama presentation.

Turkmenistan is a strict country, strongly carrying its traditions. Multimedia technology is not widely used there. However, they want to show themselves as an innovative country, which looks to the future.
Both locations were complicated in terms of logistics. In Turkmenistan it lies in the desert: in 1 hour from the closest village and almost 18 hours from nearest airport. Our idea was to build an immersive space, where, during the show, all walls, floor and ceiling become a seamless screen.
This event had two parts: formal, where top-officials speaks and multimedia show. During first one screens were hidden behind white fabric, that is quite traditional for Turkmenistan, and visitors had no idea where the presentation will held. After all reports light goes down and magic begins!
In Afghanistan we built up a 360-degree screen inside of existing conference hall. The story, shown there, was about friendship between countries, with breathtaking panoramic views of both. 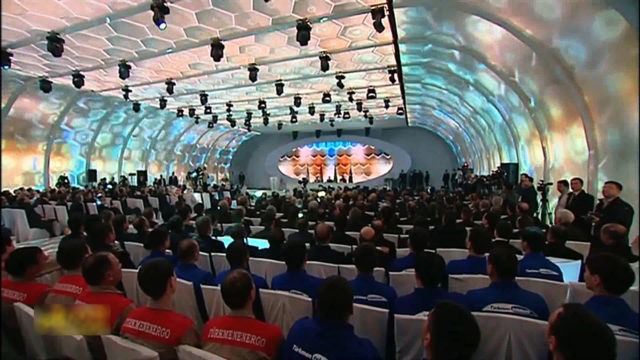 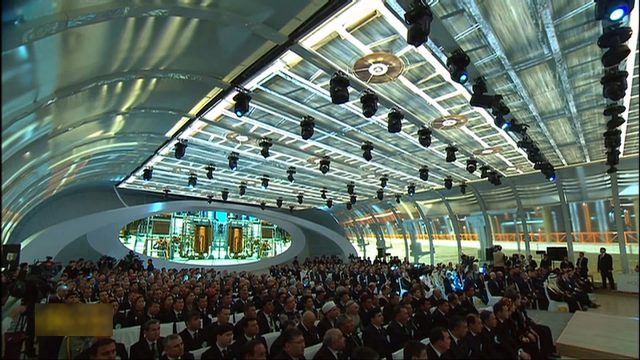 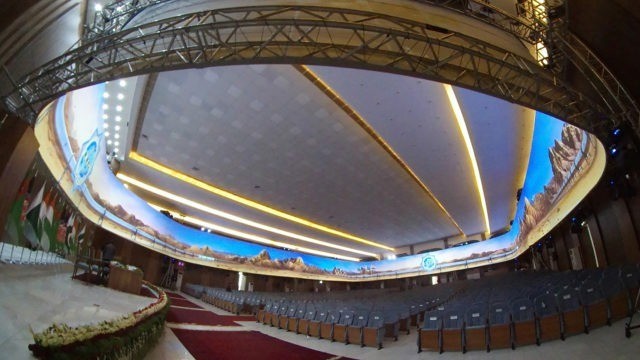 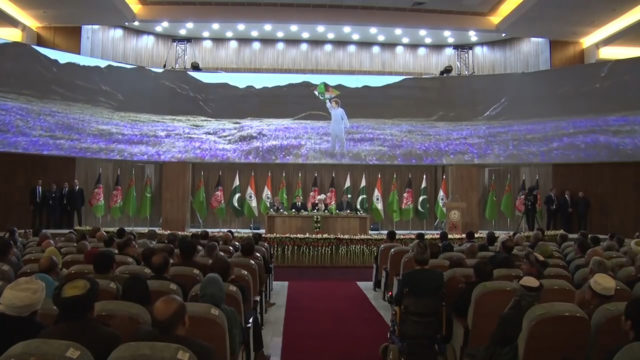 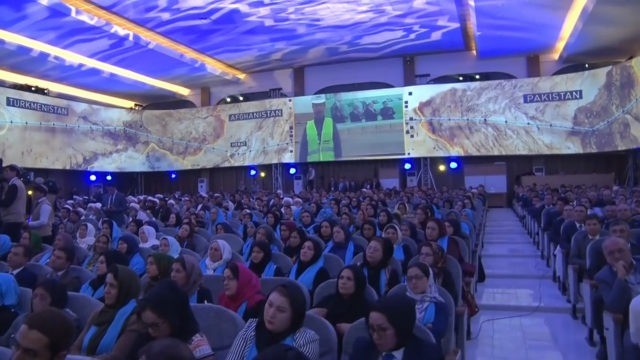