Qatar is an emerging country that has developed tremendously in the last 20 years. The vision is to transform Qatar from an oil and gas based economy into a thriving, knowledge-based society. Qatar National Library was established as the iconic center of this endeavor. The Grand Opening of QNL was going to be an event with tremendous importance and visibility, with 700 local and international VIP guests and the attention of a whole nation.

We chose an ancient symbol as a conceptual theme for the event: Light is knowledge. We translated the event theme into a full guest’s journey. Aerial shots in 12 locations in Qatar had been taken to create the content for a 70 m long LED carpet, which took the guests onto a journey through the country. A fully customized light show spectacle was produced which narrated the story of how Qatar became a nation guided by knowledge.The storytelling started when the first books were brought into Qatar and ended at the very Opening of the new state-of the art library. 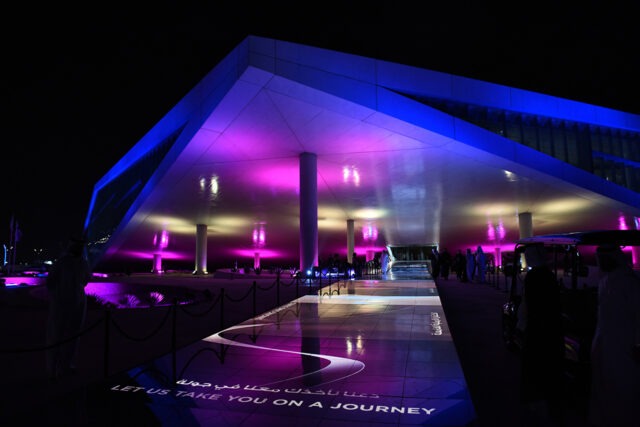 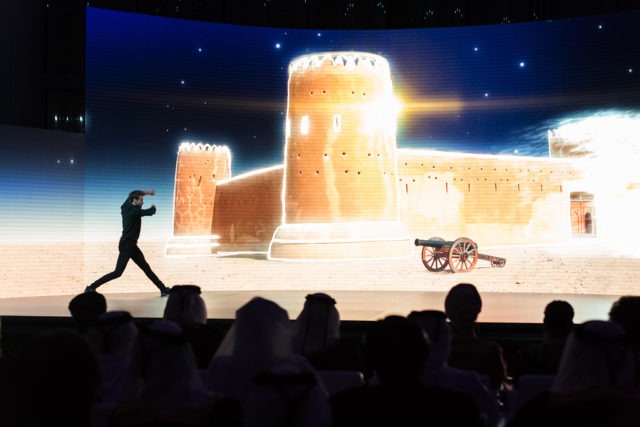 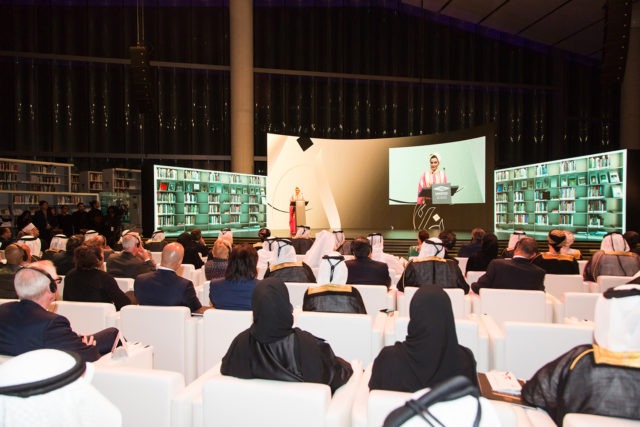 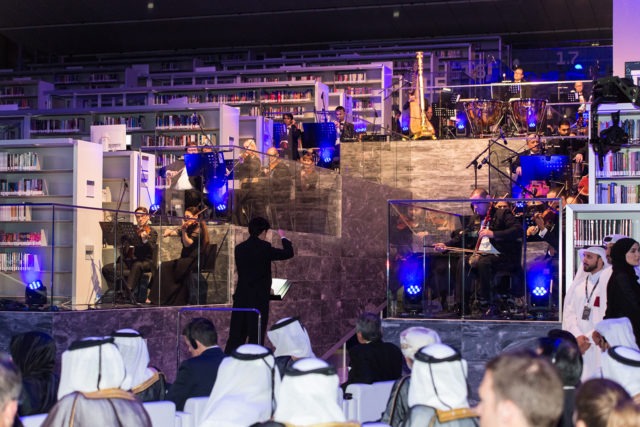 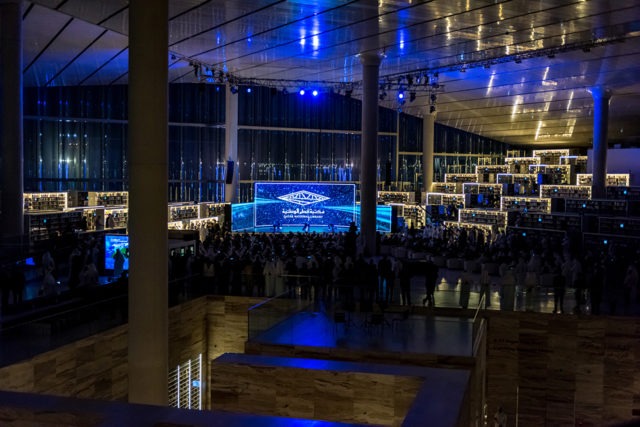