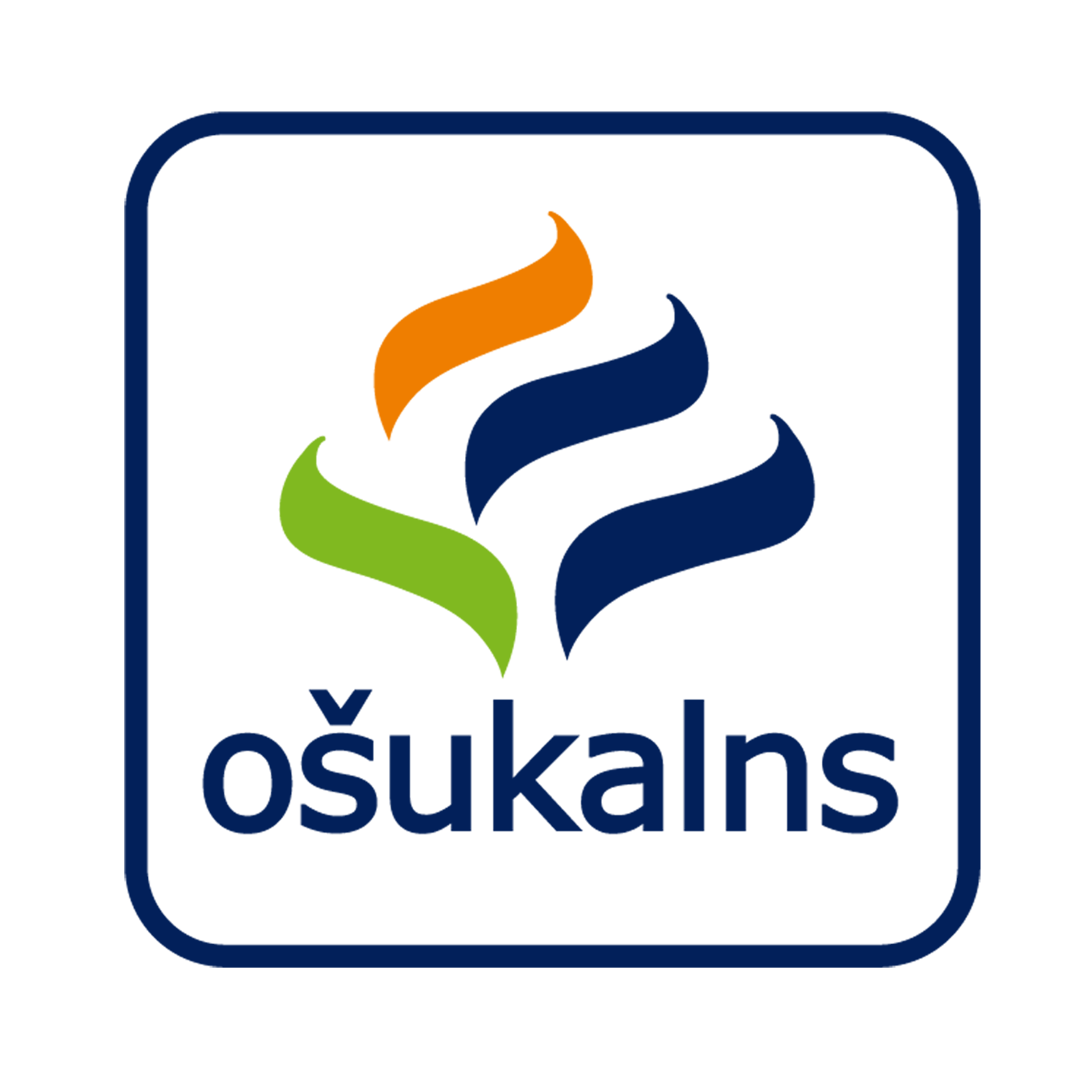 600 invited guests gathered at the Ošukalns 25th anniversary event. The event’s slogan – upwards. The event was held in a large production plant, where an 800 square meter screen was erected, as well as five liftable tables (each 31 meters in length) with green and shiny grass. The event’s culmination was a fountain show with a choreographed performance, which was followed by a gigantic cake with the number 25 depicted on it delivered by a tractor.

For the first time ever in the event industry in Latvia, five 31-meter-long tables which can be lifted and lowered were created. The tables also had green shiny grass.
A levitating orchestra performed at the event.
An 800 square meters video screen was also set up around the event venue.
The venue was transformed three times during the event, while food and drinks were served in an original way – on lifts, as well as with the use of fans, drills, concrete mixers and other items.
A gigantic cake was made for the culmination with the number 25 depicted on it which was raised by a tractor. A piano concert with four playing pianos also took place, with one of them serving ice cream.
Decorations were created from items produced at the production, while the five-meter tables were held by tractor lifts.
During the culmination of the event in the evening, champagne glasses were served from the skies with the help of drones. 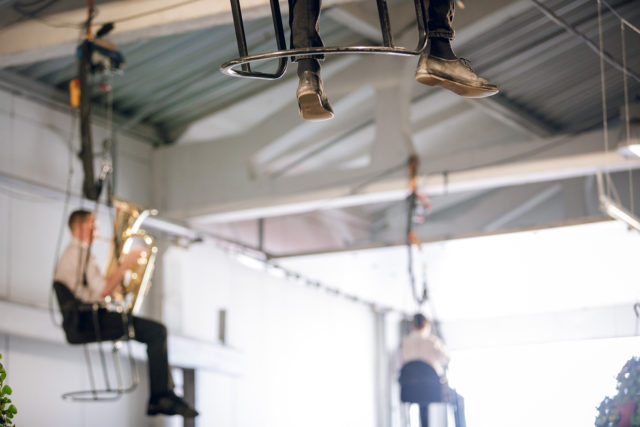 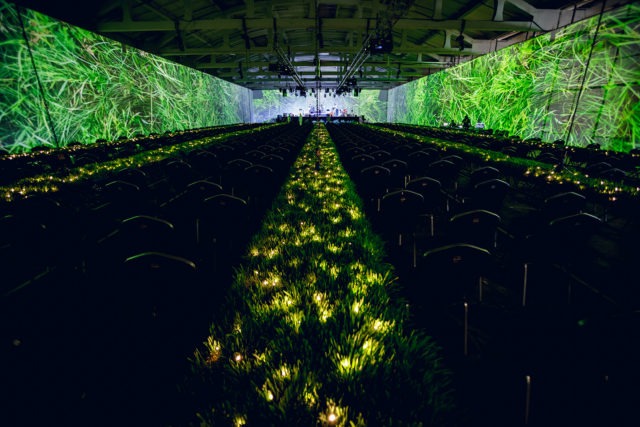 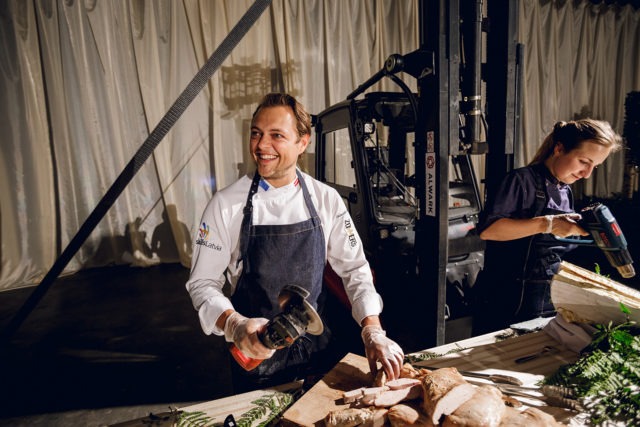 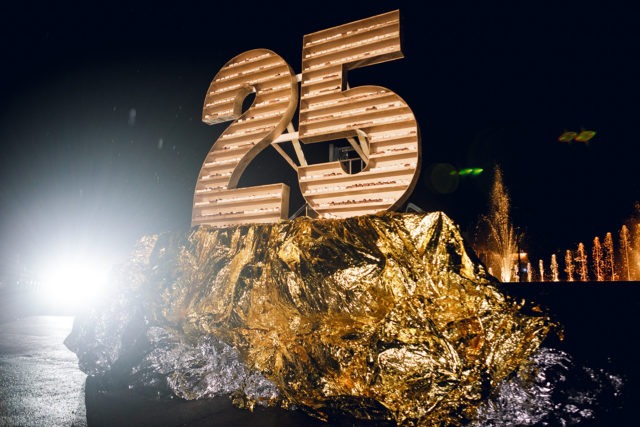 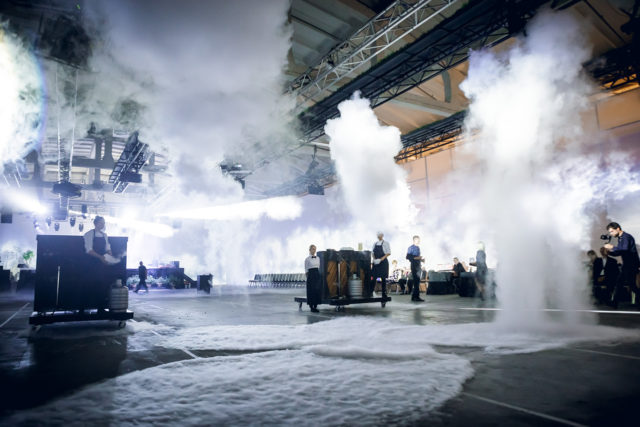