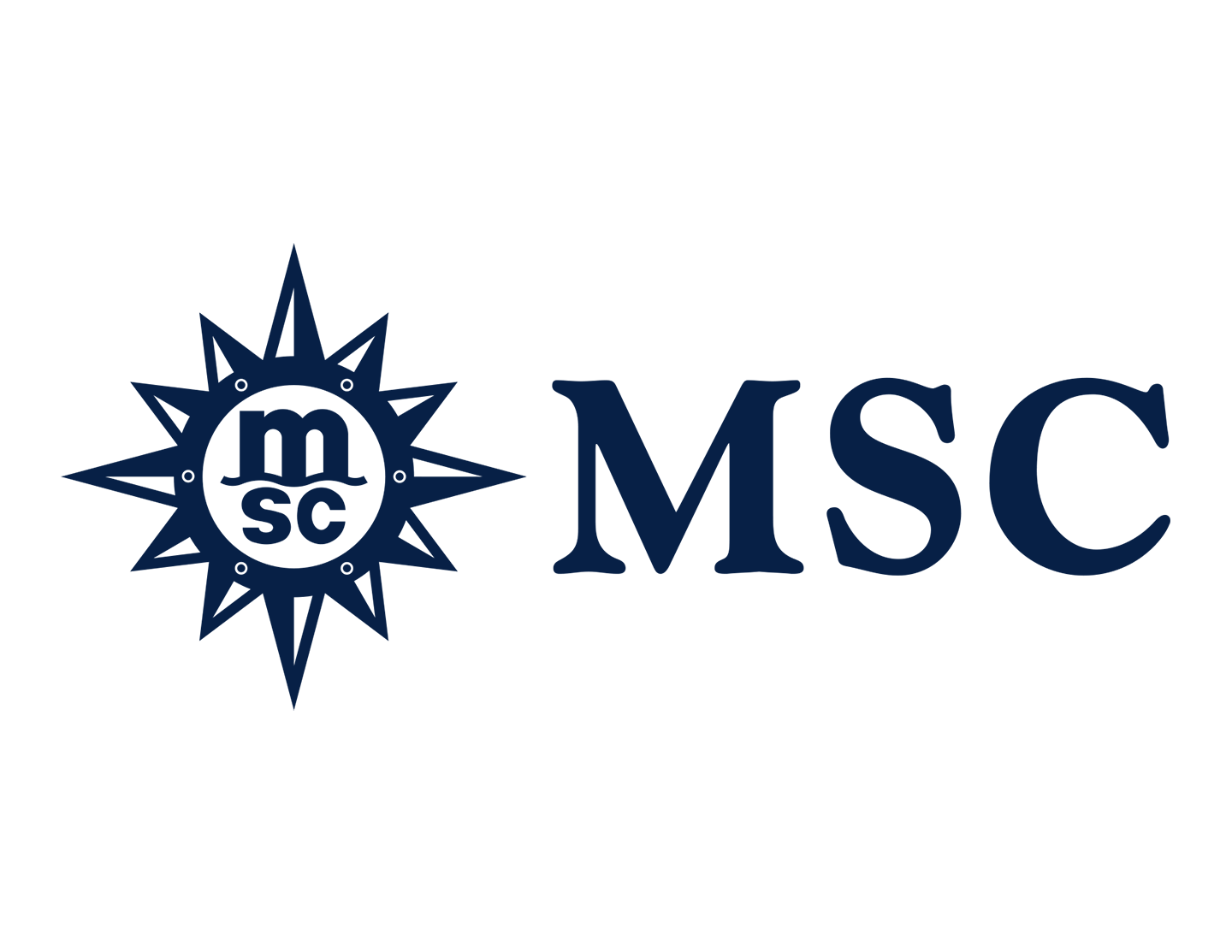 Organisation of the christening of the new MSC Cruises flagship, the Seaview, the largest cruise ship ever built in Italy.

The stage and video contents were inspired by the features of the new MSC Seaview, designed to win over passengers with the most open and direct contact with the sea. A wide-open stage, with full and total visibility of the ship, a horizontal vision recreated by a scenic front with a led screen measuring 40m by 4m high, offering a wide horizon on which the contents were laid out. For the event, we wanted an authorial and television approach which, by integrating live action and video content, made the show dynamic and engaging. The main creative content was to con-ceive, script, shoot and edit a video in 8k ad hoc for the event during the four days sailing from Monfalcone to Genoa. A subject by Havas and Duccio Forzano, during which Michelle Hunziker, the event’s MC, is not on stage! The ship is indeed so beautiful that Michelle does not want to disembark. In the video, we see the comic actions of two bodyguards looking for her, ending with a dramatic turn and her live entry on stage. 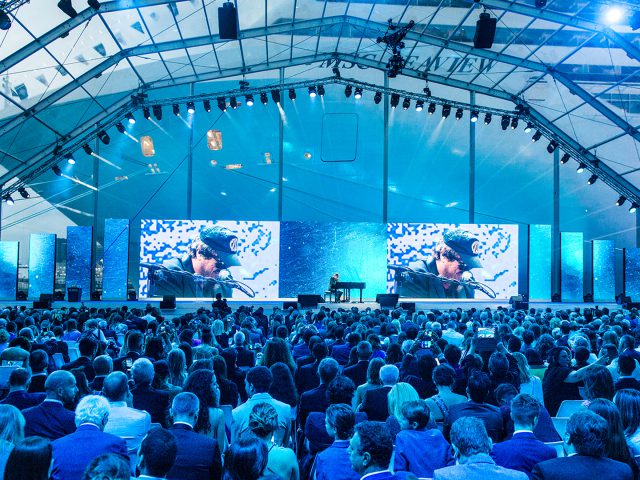 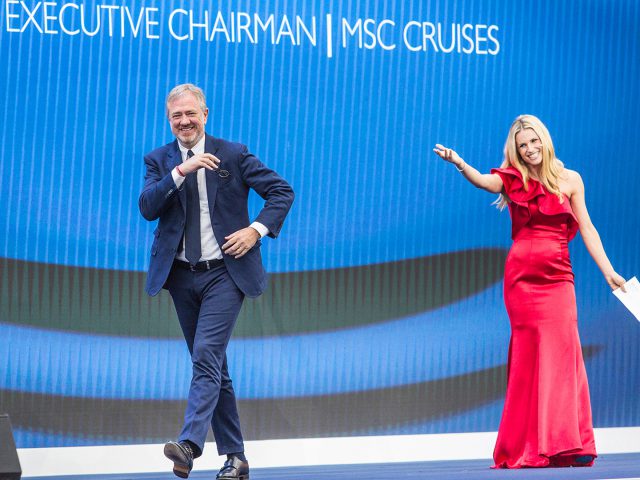 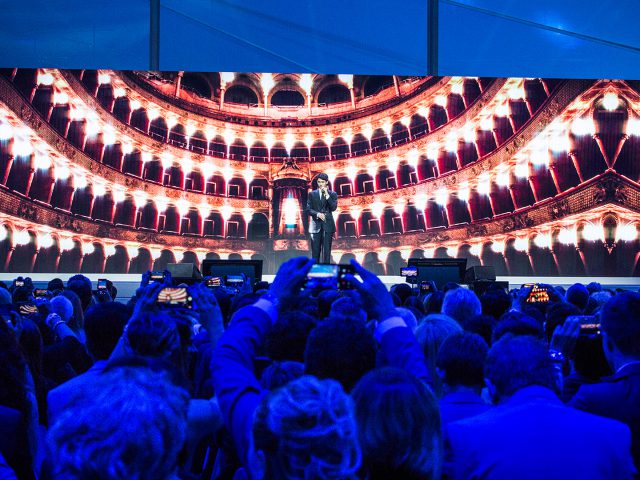 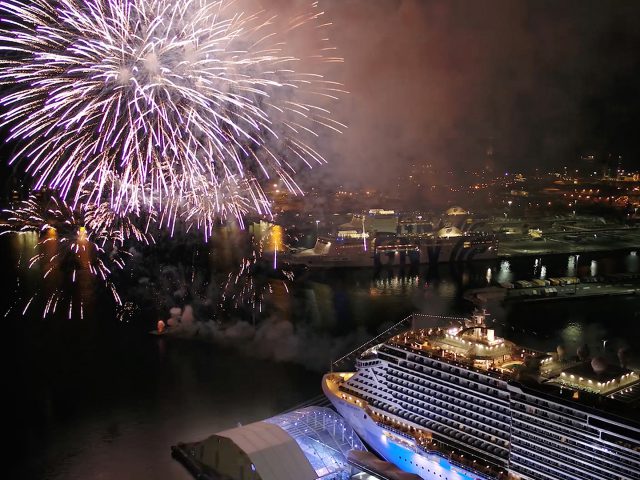