In Italy, most of the F1 fans support Ferrari. But there are always daredevils… The goal was to reward their bravery and strengthen the innovative reputation of the brand being news-worthy

2017 was an important and successful year for Mercedes AMG Petronas team. They had the best cars, the top technicians and engineers, the most performing drivers. Only one thing was missing: the best supporter. That is why we made them members of the team, looking for the most passionate fans with a #BestMBfan a multiplatform social contest that started on the web, went to the street and finally the pit. Facebook, Twitter and Instagram have been invaded by more than 7,000 user generated content with the hashtag #BestMBfan. Many influencers and brand ambassadors gathered fans together, moreover, we had 4 top influencers: Lewis Hamilton and Valtteri Bottas (MB team drivers), Toto Wolff (MB executive team manager) and Davide Valsecchi (a motor sports legend and F1 reporter). 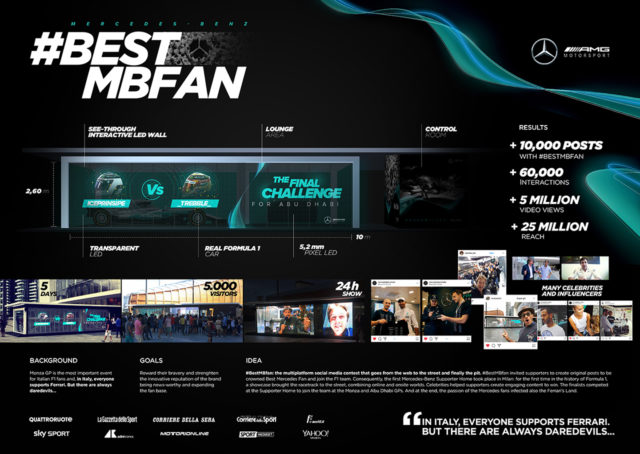 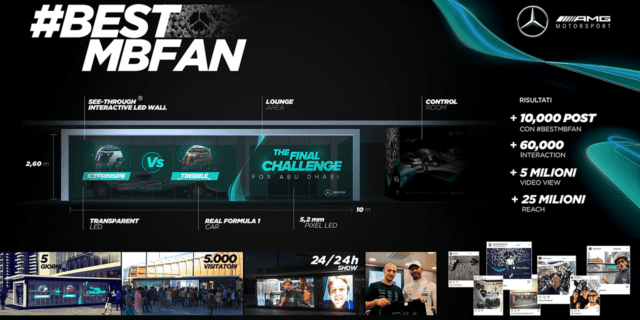 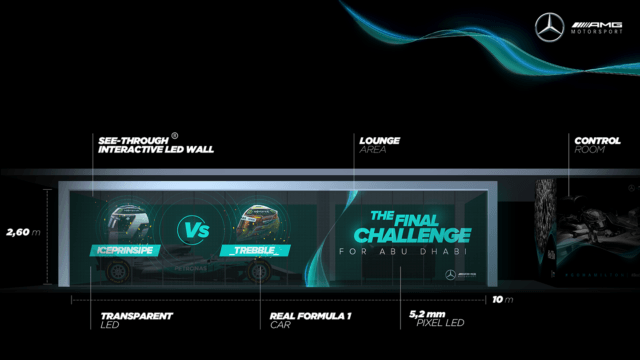 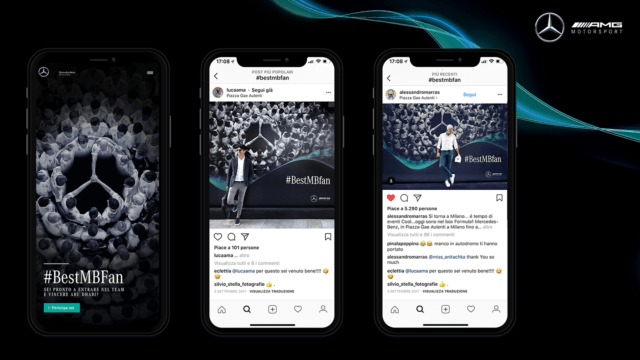 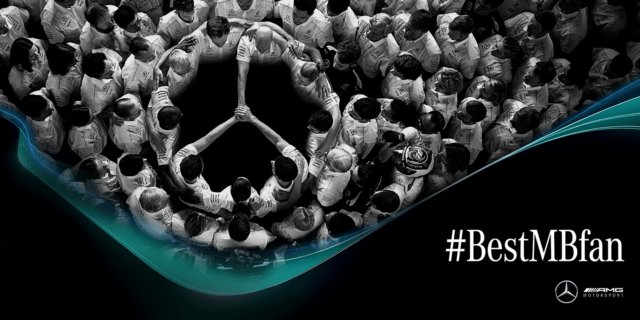