Gala show “The Beginning of the New” is a journey through the history and traditions of the Nizhny Novgorod region.
The event is dedicated to the 800th anniversary of the founding of Nizhny Novgorod.

“The Beginning of the New” is a unique event, the celebration of which took place at 9 venues in different parts of the city at the same time. The broadcast of the show from the main stage to the regional venues was connected with the help of a teleconference.
The event was organized using cutting edge technology.
The largest stage on the water in Russia was erected. The scene does not harm the state of the river and the environment in general.
The stage decorations symbolized:
• natural elements
• sunrises and sunsets
• a unique place of power
• location of the city
The concept is based on a story about the traditions of the city and its modernity, about folk crafts and scientific developments, about culture, art and innovations, about wonderful people who live in Nizhny Novgorod. The ceremony was not built on the principle of a concert, when the presenter announces the numbers, but on the principle of the opening of major tournaments, where one action with the help of a visual series 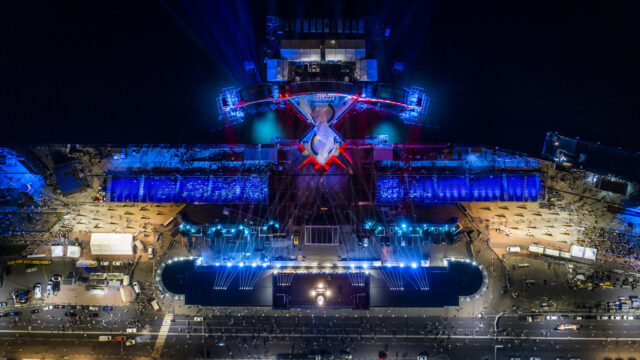 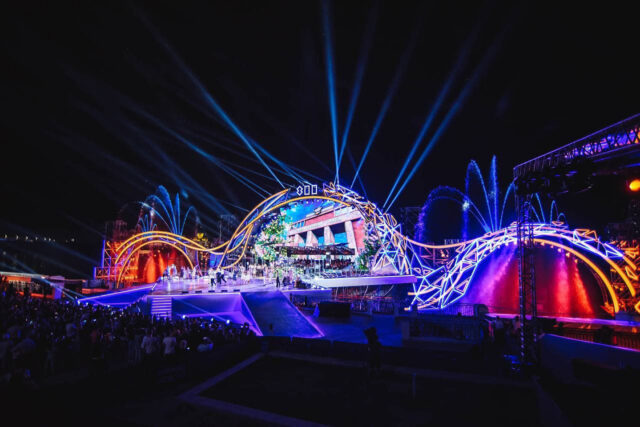 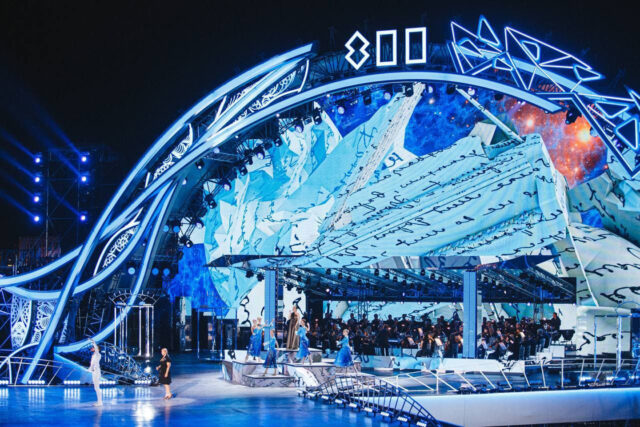 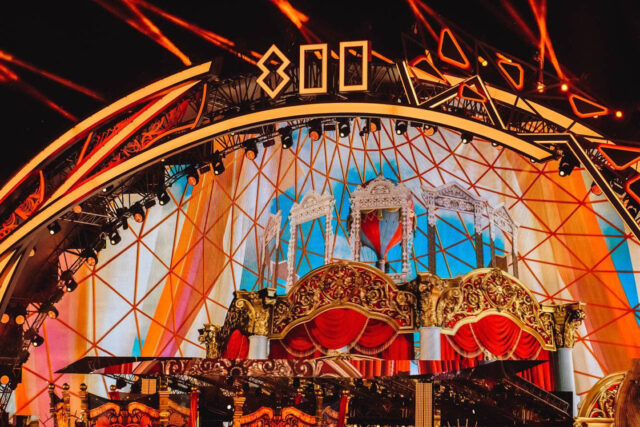