The opening ceremony of Esch2022 as European Capital of Culture was developed and produced as a covid-compliant bespoke format, unique in its nature, scope, interactivity and hybridity.

Our team researched the most relevant particularities of the Esch2022 region. Culturally, historically and economically significant factors resulted in a narrative for the opening that the city could identify with as much as possible and yet offering a modern and future-oriented take on local identities. We deliberately left gaps in the script to allow people to participate in telling their own story during a lead-up phase to the event and on the night itself.
As a former steel industry location, Esch-sur-Alzette was characterized by manufacturing industry and the working class. Today, the city has a new, diverse face which we wanted to spotlight with the REMIX Opening: We invited the public to actively participate in a secret mission during the evening at various locations in the city and on the campus. The goal of the event was to launch a metaphorical rocket with visions of the future from children in the region, remixing the future – in line with the motto of Esch2022. 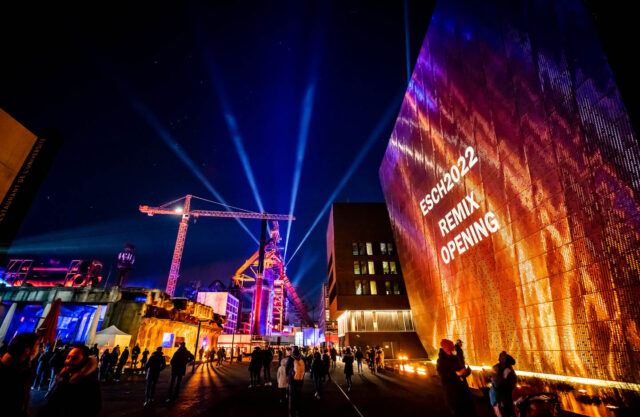 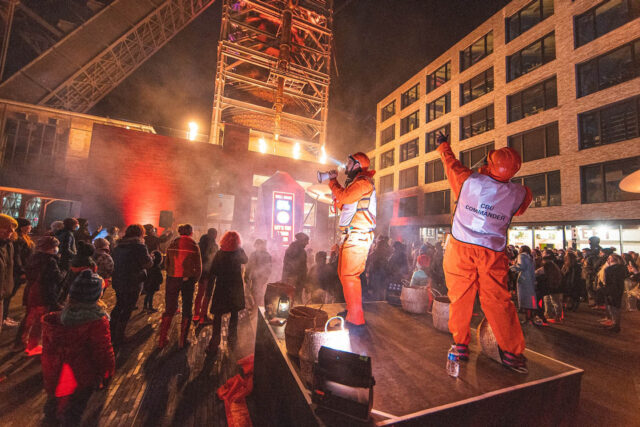 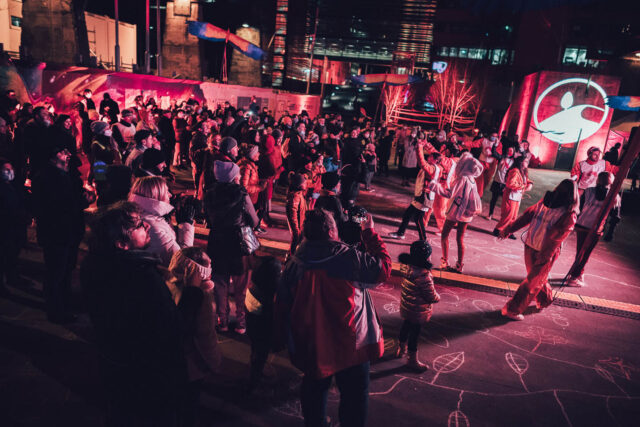 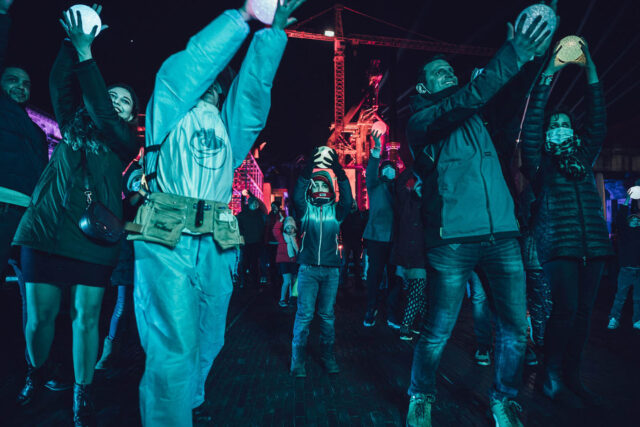