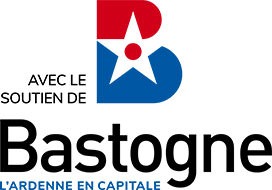 Bastogne – The Road to Freedom, an original approach, beyond commemoration, to make everyone a bearer of history. 30000 spectators dove into the Battle of the Bulge to the fall of the Berlin Wall.

After having carried out the 70th commemoration of the battle of the Bulge on the same site, the stake here was, beyond renewing the commemorative experience, to renew the “how to tell” the great History in a modern, concise and understandable way, on a large audience, outdoors in December in the Belgian Ardennes.
A resolutely modern approach, beyond the commemorative aspect, had to be put in place in order to make each of us bearer of history.
Beyond the 180 ° video-mapping, oversized elements such as the heads of soldiers as well as the tanks of the two large armies in conflict, were used as a scenographic element, increasing the immersion of the spectators. Aerial performances have reinforced the narrative, fire scores as symbols of the violence of the fights, more than 120 reenactors, and the hundred extras, civilians from the region, taking part in the fresco. 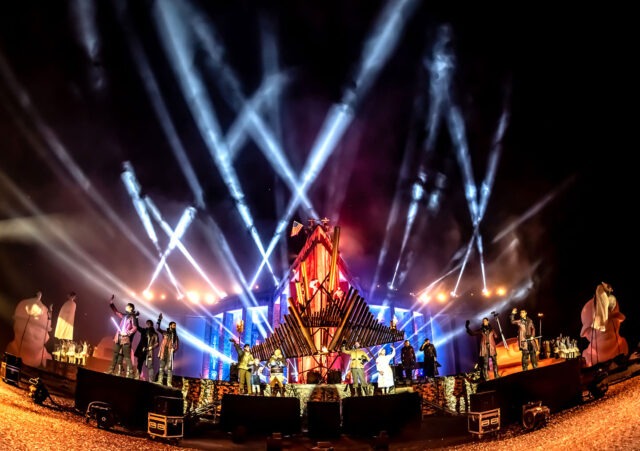 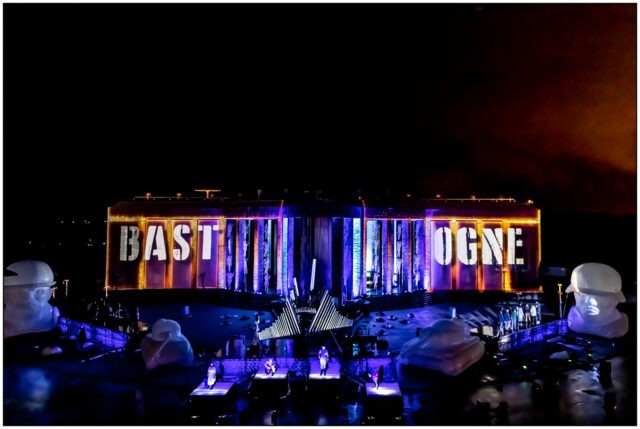 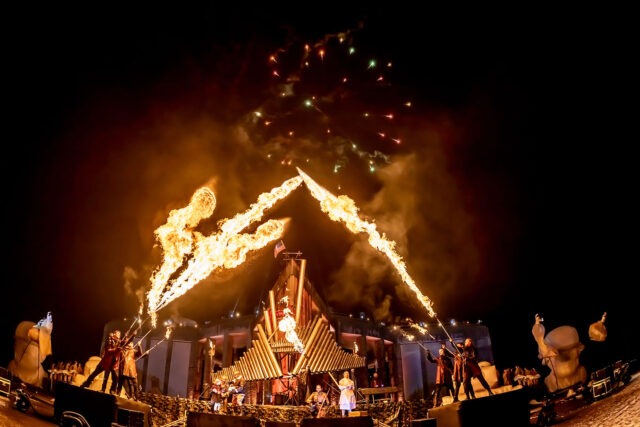 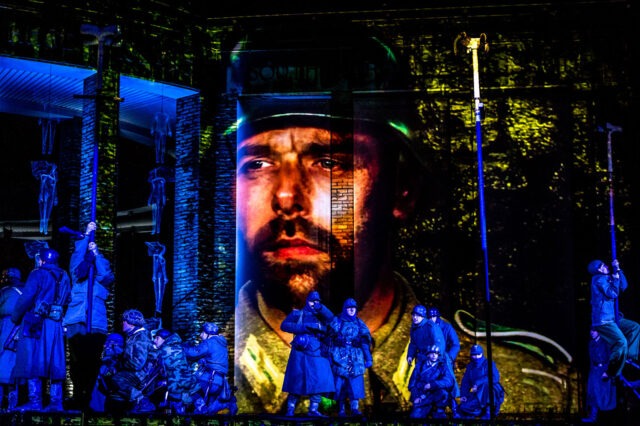