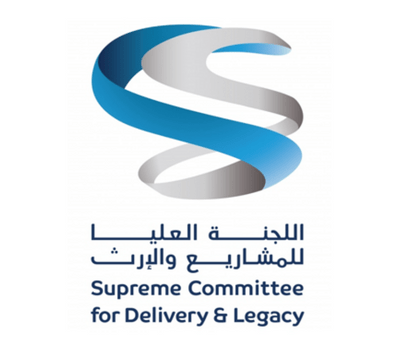 A broadcasted show for 40,000 spectators and dignitaries, celebrating the tournament history since 1970, and the universal values of sport, through a combination of technology and mass choreographies.

To celebrate the history and values shared by all the Gulf Countries through a mix of traditional and innovative lanquages. The idea which inspired the concept is that the future of those countries can’t be separated from their traditional links with the past. Instead, the rich tradition and the bright football history are necessary steps to understand the upcoming Fifa World Cup achievement. The carpet protecting the pitch became an ever-changing canvas on which traditional patterns have been projected. The key image of the ceremony featured a gigantic rendition of the Gulf Cup in the middle of the field of play surrounded by the flags of the teams, in a symbolic celebration of the spirit of community and friendship amongst Gulf nations. The audience became an active part of the show, thanks to wi-fi controlled wristbands distributed upon entrance, which started flashing with colours on the notes of the popular “Al Kaliji” song, performed by local music star Al Kubaisi. 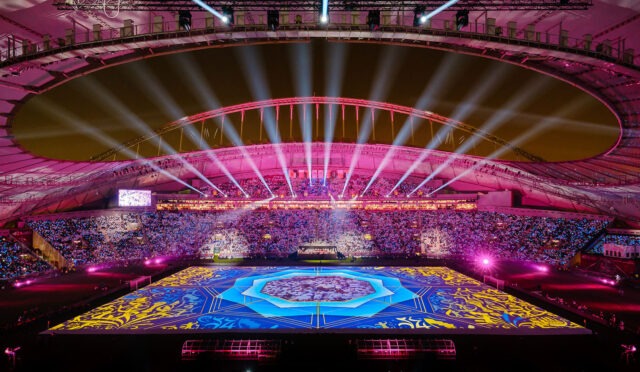 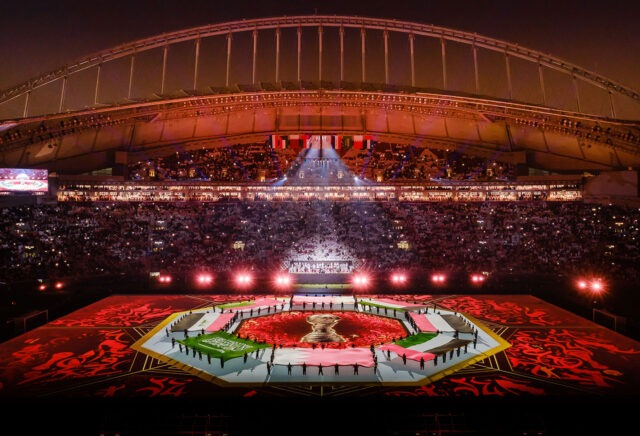 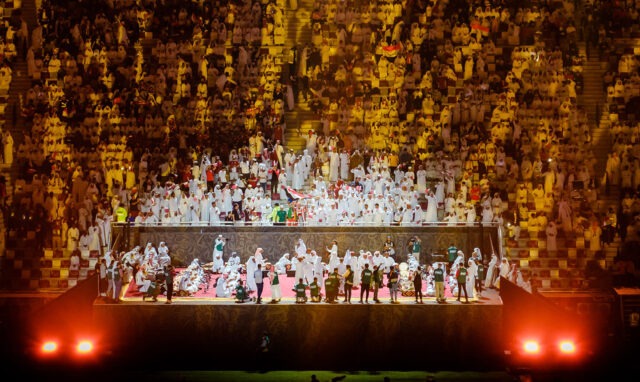 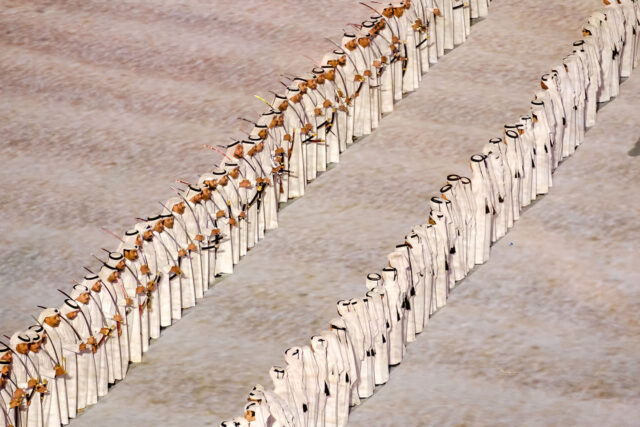 The 2019 Theatre Olympics in Russia