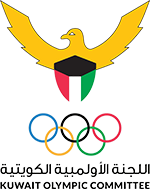 Éloize Entertainment produced the opening ceremony for the 2022 GCC Games in Kuwait with a 32-minute show featuring an immersive journey through the evolution of sports in Gulf nations.

Our storyline was crafted around the concepts of teamwork, unity and solidarity. In the opening, young football players took to the stage, representing the youth of Kuwait and their first experiences with sports: kicking a ball around with friends. As they played, our drones flew in 3D, tracking in the air to symbolize a brighter future. Next, dozens of performers joined the stage in a sign of solidarity. Images from the past were projected onto LED screens and, gradually the players’ skills evolved, becoming more impressive, symbolizing the evolution of sports.

A signature element of Cirque Éloize, we connected the crowd with the show itself, inspiring a sense of engagement and wonder by giving everyone in the audience an LED bracelet that added a magical touch, illuminating the choreography, changing colours to represent the colours of each country, instilling a sense of collective pride. The grand finale was explosive not only on stage, but throughout the stands. 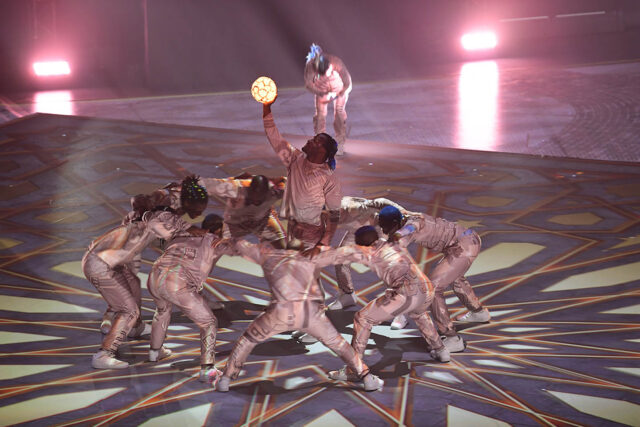 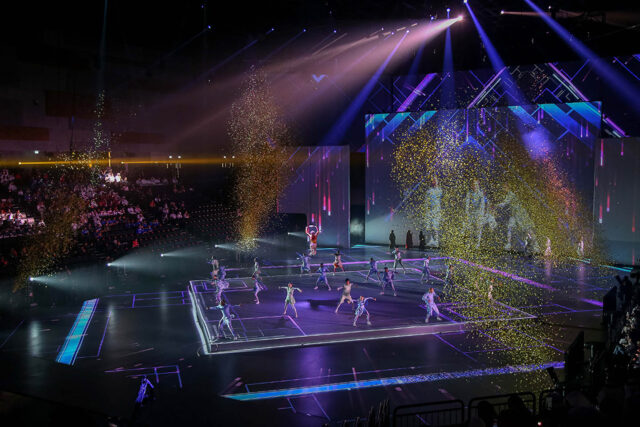 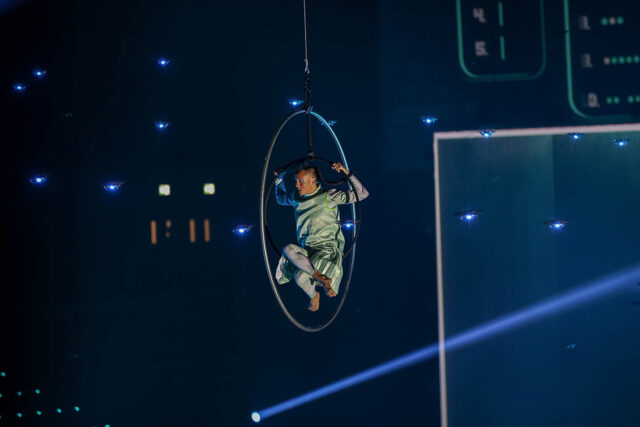 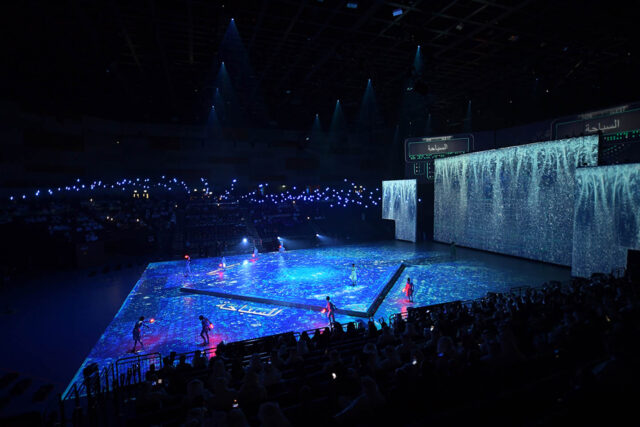