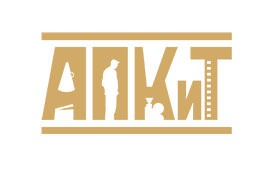 Film & TV Producers Association’s award is a professional prize for film production achievements–Russian equivalent of the Emmys. The most venerable producers of Russia are among awards’ jury members.

For 7 years,the award ceremony took place in the best concert halls in Moscow.But 2020 disrupted all plans.There was an urgent need to change the format.Russian Film and Television Producers Association(RFTPA)contacted several agencies with a request to organize a virtual event,but no one dared to take such a complex brief to be executed in the shortest possible timeframe of 2 weeks.Channel Five accepted the challenge.The task was to invent and produce the first-ever TV broadcast format of a virtual award ceremony:live presenter segments from the studio,graphic overlays,playback of prerecorded videos,music overlays and sound mix.200 people of showbiz celebrities located in different time zones participated in the video conference.As a result, a new technical solution based on several platforms was invented.For the very first time a 48 sq.meter video wall with a parallax effect was used to change locations in the studio where the presenter was in contact with the participants. 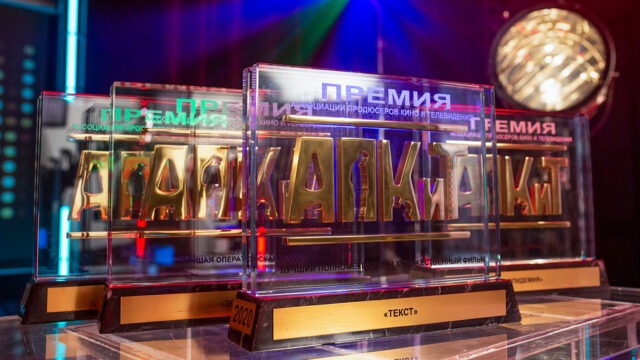 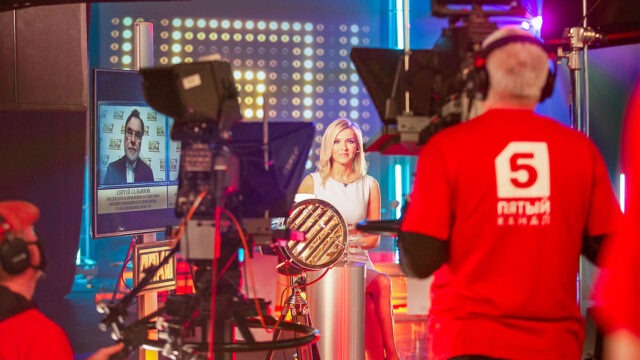 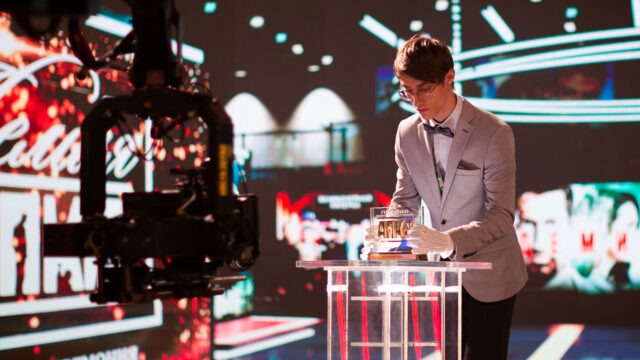 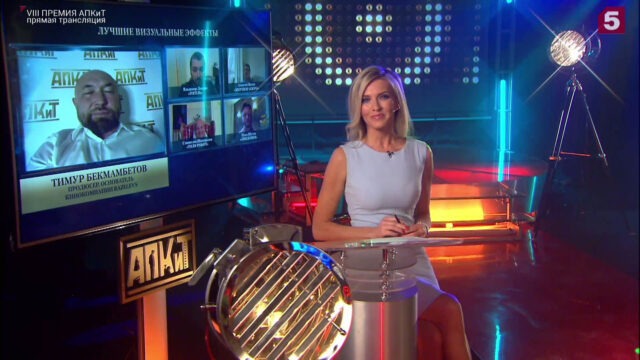