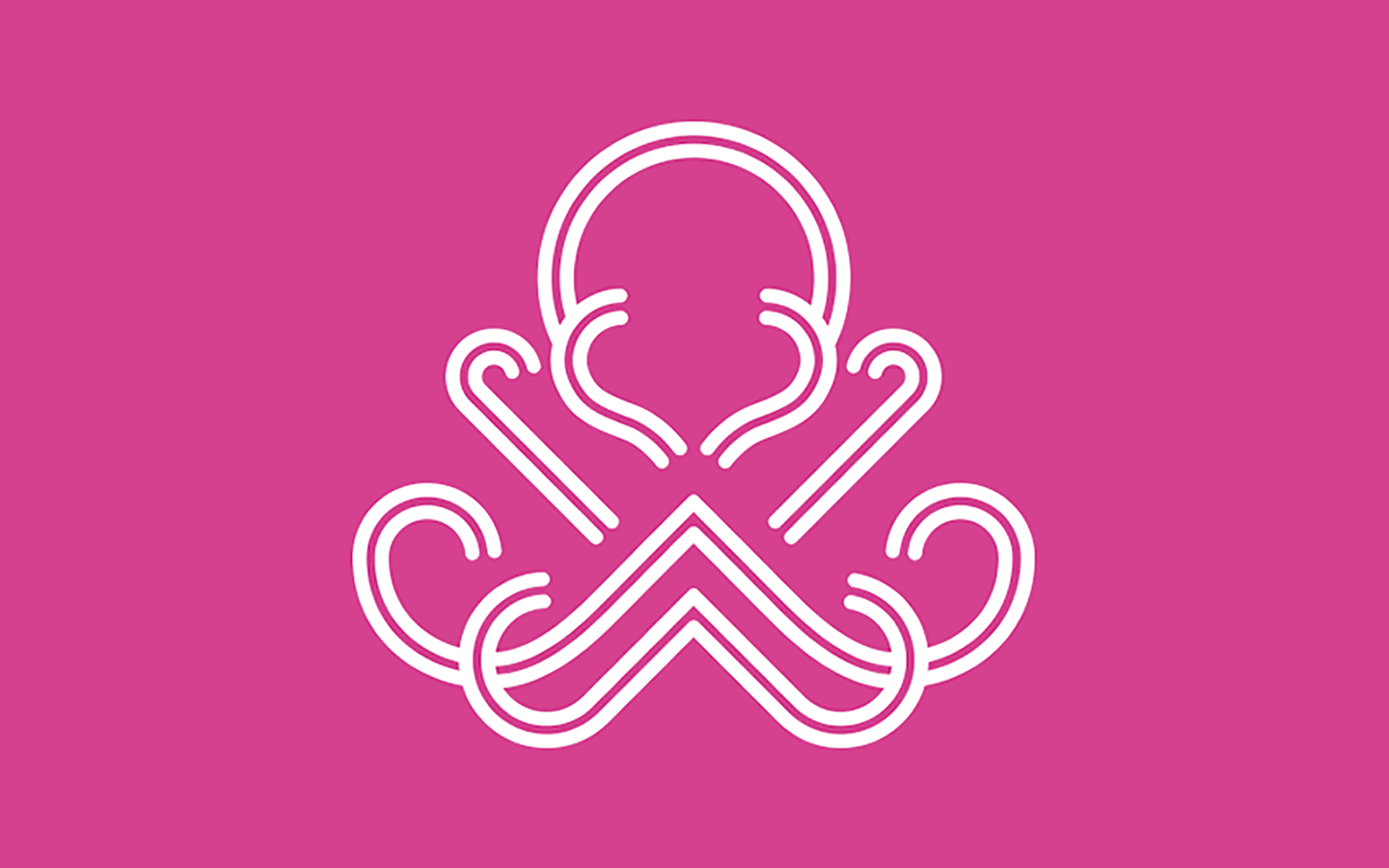 In order to celebrate 35 years of the classic Spanish ice lolly Frigo Pie, shaped as a foot, Unilever decided to open a fictional shoe store in which both kids and their parents (the first consumers of the product back in ’82!) could ask for a Frigo Pie… that was the actual size of their feet. Everything, looking like a real shoe store set in the heart of a busy mall. This sampling event wanted to use nostalgia to both recover consumers now in their 40’s and win their own children over.

Since we had to make an impact with a small budget, the best solution was to link the action with the original shape of the ice-lolly: a foot. Hence, instead of the classic sampling stand, we produced an actual Shoe Store, set right in the middle of the clothing district of the busiest mall in Madrid: Xanadu. The venue assured we could get, at the same time, both target audiences: parents and children. The store, although perfectly recreated as a real shoe business, was all flashy and pink, in a vintage fashion, so that it was clear it was not a regular store. The actors themselves performed in a comic and exaggerated fashion, as well as the mechanics of the action: people entered the store, had their feet measured… and then they received a pink shoe box… with a special gigantic edition of the Frigo Pie ice lolly, just as karge as their own feet. Children, of course, were handed out regular smaller editions of the lolly. The surrealistic atmosphere called for viralization. 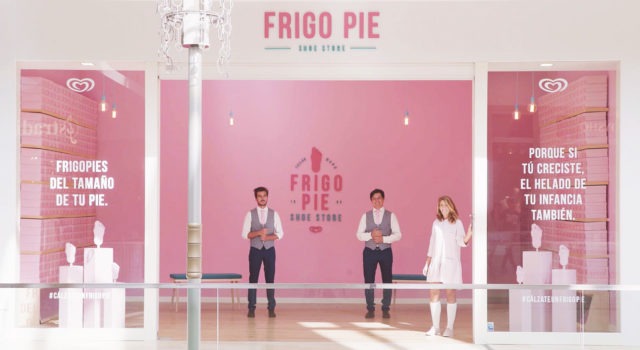 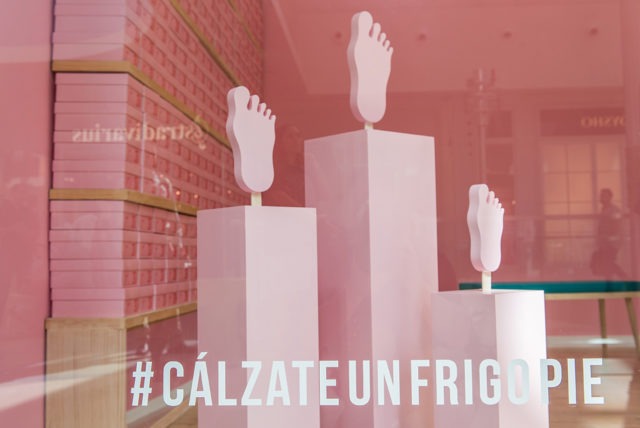 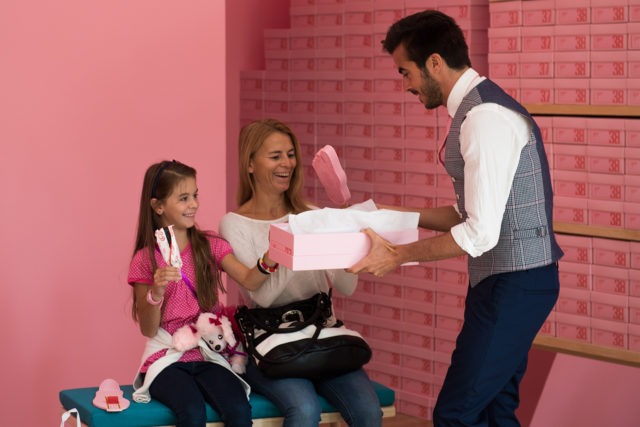 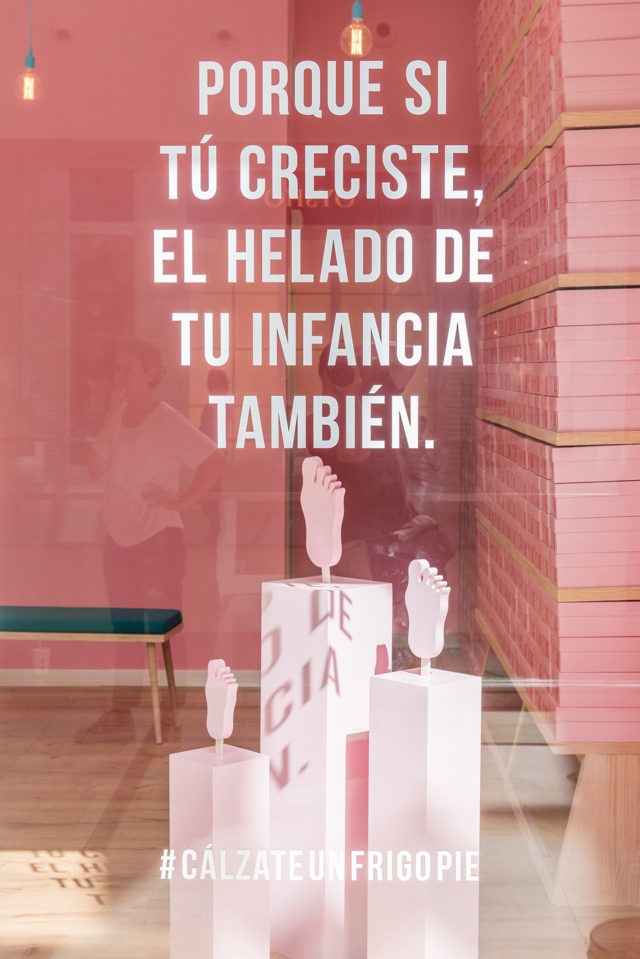 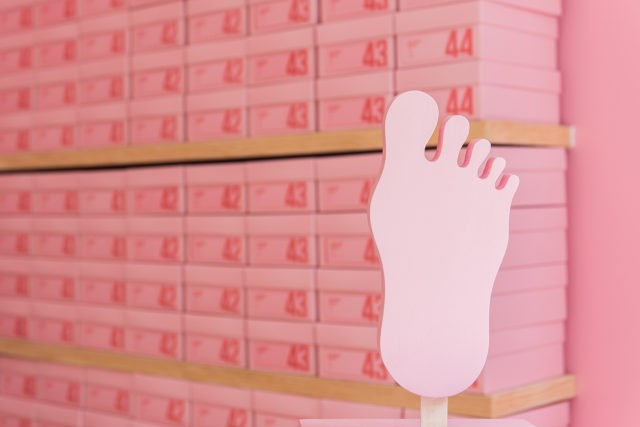