A group of local artists and entrepreneurs got together to organize a special event – to celebrate the 720th anniversary of the city Valašské Mezirící, the Festival of Lights. Valašské Mezirící, a Moravian town with 27 000 inhabitants, ranked alongside the world’s metropolises such as Berlin, Paris or New York with this city-style event.

To satisfy the needs of the event as defined under the Objectives, the organizers had to provide the right set-up and technical support. Emphasis was placed on interactivity and gamification.

The biggest installation was a seven-minute video show on the facade of Žerotín Castle. However, the most popular one was the interactive light show in the Granary Chapel with intensive laser beams responding to live music. And for the first time at this type of festival, virtual reality was involved in one of the installations.

Many of the interactive installations were designed specifically for children. They could ”paint” with a virtual brush on the facade of the town hall or, on the other side of the square, there was a mapping comprised from designs made by children from the local kindergarten –  everyone could find their picture during the evening projection. For the smallest visitors there was a competition in which they received gifts for visiting all the festival installations. 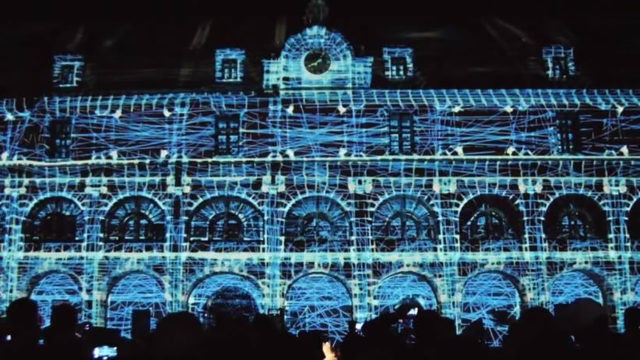