During the pandemic, we were challenged to create an online entertainment experience for Worten’s Main Promo Nights (eg. Black Friday). We had to deliver big numbers in sales. And a lot of fun.

We transformed streaming into mainstream. We created original shows, with about 1h30 each. Worten Live Nights were “digital promo events”, wrapped in entertainment to arouse interaction and lead the audience to Worten’s online store.

Famous portuguese tv host and comedian Herman José presented both nights, in which we had musical guests, influencers, original humour sketches, big discounts revealed in real time and prizes for the viewers that interacted with the brand during the shows.

If Worten Black Friday Night was “a night to blow up prizes”, Worten Big Bang Night (1.1.2001) was created because “those with a hangover deserve discounts”.

All live at Worten’s social media profiles, in prime time, competing with more than 100 cable channels and all the streams made by different influencers in social media. 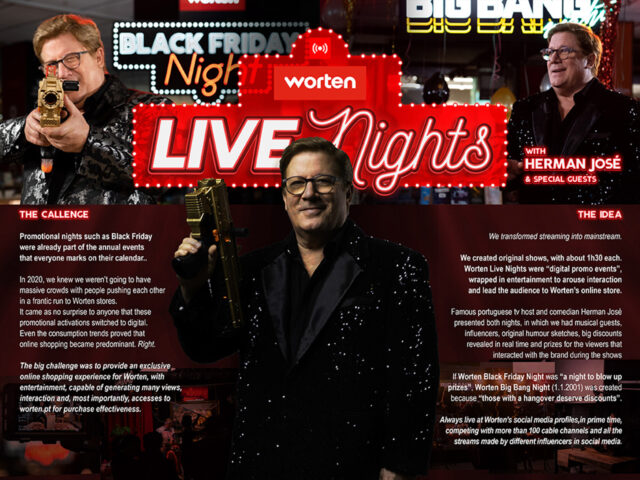 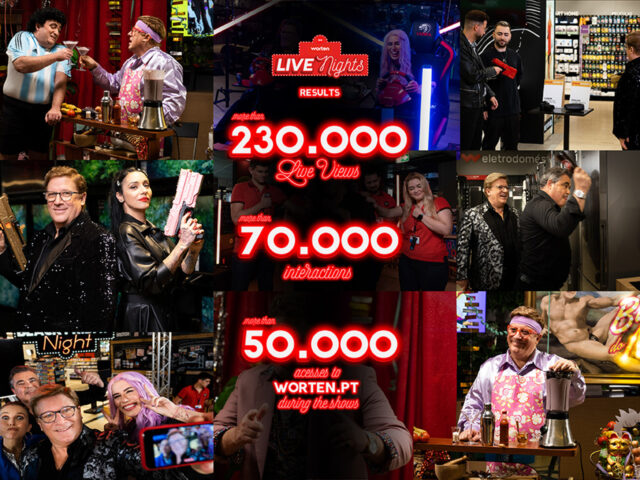 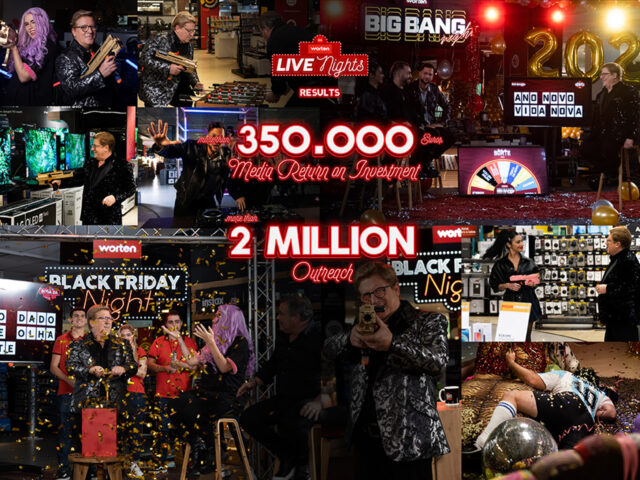 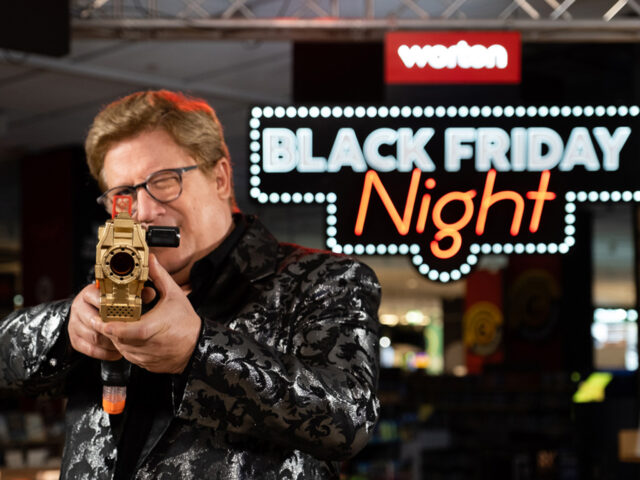