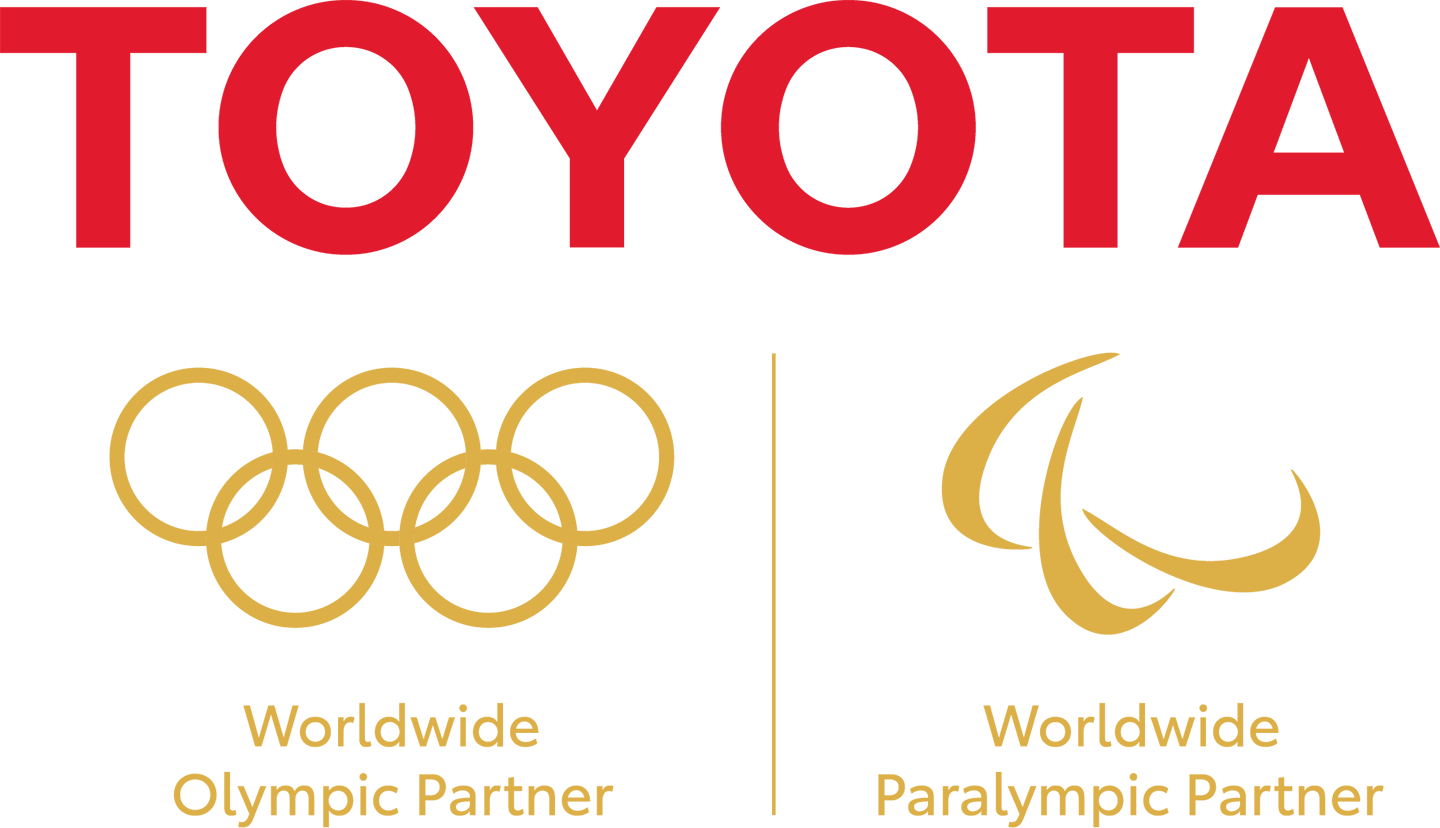 Toyota Motor Company launched the global campaign Start Your Impossible, an initiative born from the partnership with the Olympic and Paralympic Games Committees. Objective of the event was the presentation to the press, authorities and stakeholders of the new campaign and of the Toyota Team, a selection of athletes as Ambassadors of the campaign in Italy.

The set up was studied all around the symbol of the Olimpic Games, as a celebration of it: the five circles were an exclusive showcase containing the trophys of the Toyota Olimpic Team, placed in the centre of the main stage. All around immersive projections followed all the moments of the events with lights and images of the emotional campaign Toyota – Start your impossible. 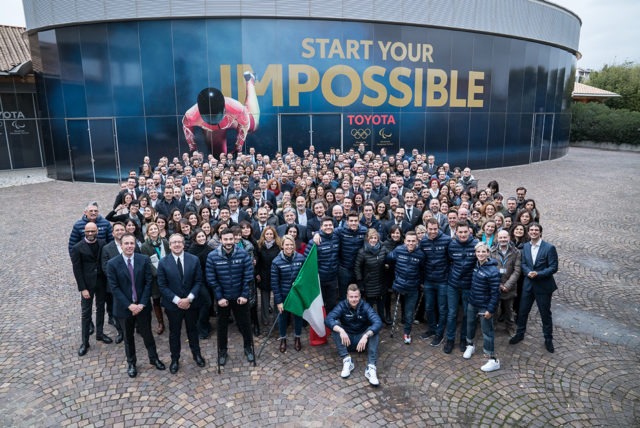 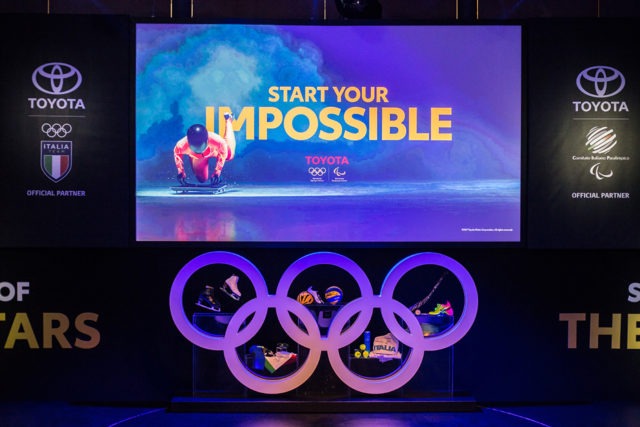 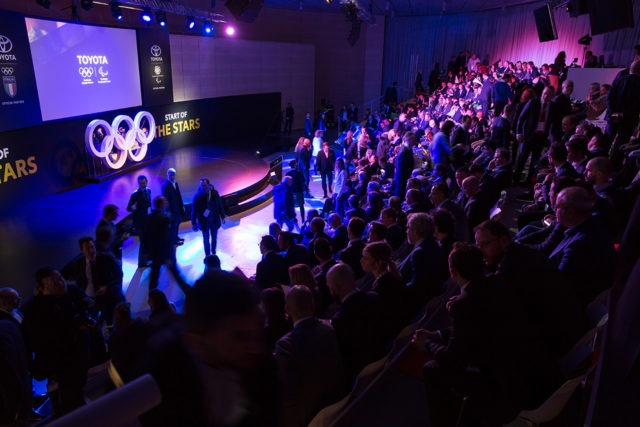 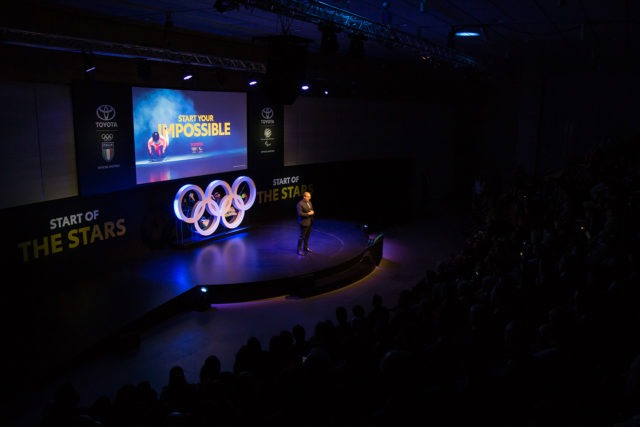 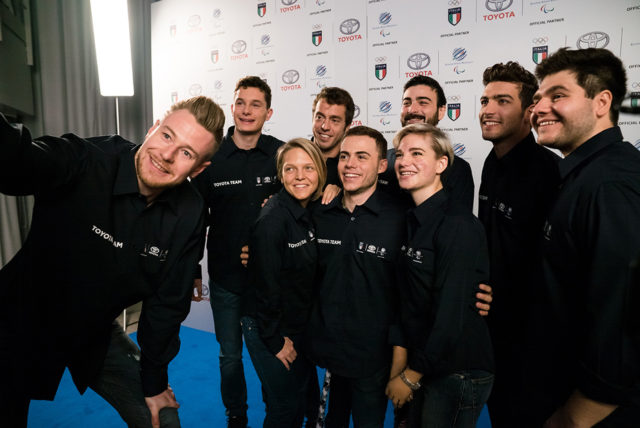