Bud is convinced that a beer crate can unlock Bud’s penetration potential in the Netherlands. Bud won’t be Bud if they don’t disrupt the crate experience and give stage to artists.

In the Netherlands, the crate lacks premiumness and is used practically. The sturdy, reusable & returnable crate enables consumers to buy and transport beer by bike through the city. But, instead of simple pragmatism, the feel and design have become more and more important. Essentially, as a brand ambassador, the crate contributes to the brand’s recognition value at the supermarkets, and in the end, its turnover increase. Bud won’t be Bud if they don’t use this asset to incorporate their brand purpose creatively and use the crate as an opportunity to give stage to local talent.

To launch the world’s first Bud crate, “Bud Crate Cover Art” was introduced. Limited edition artworks exclusively designed for Bud by five artists curated by the Moco museum, Amsterdam’s Museum for Modern, Contemporary and Street Art. The artists represent city culture of THE four largest cities in the Netherlands, and used the new to the world canvas to create unique artworks inspired by Bud’s smooth taste. 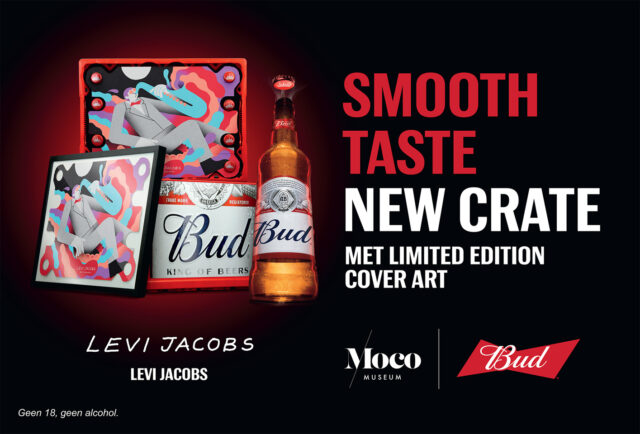 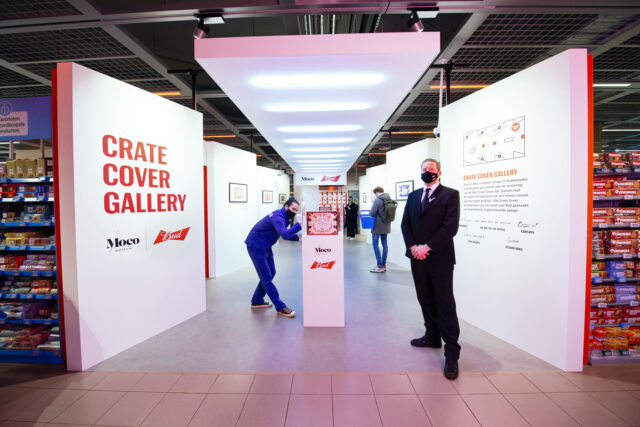 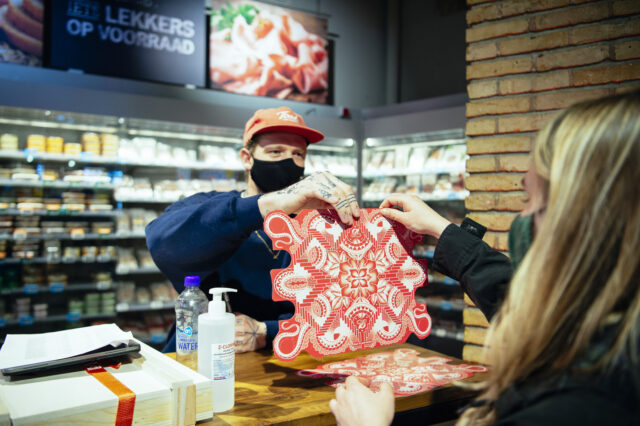 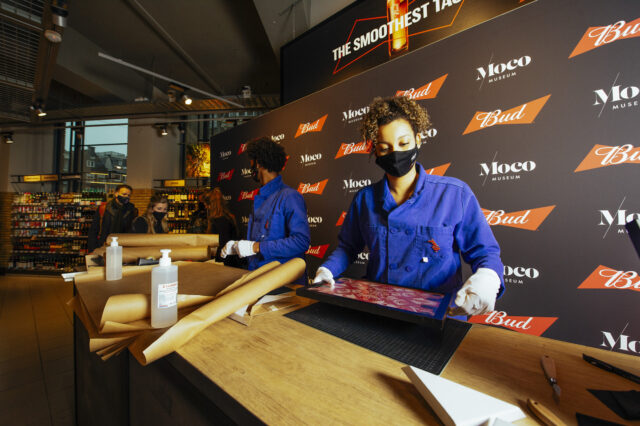