The biggest digital summit that gathered six leading economies of Western Balkans at the monumental Palace of Serbia building.

Creativity: We were working on creating a visual solution for a complete visual identity of Serbia Digital Week, as well as redesigning the WBDS logo.
Along with planing the event, our team developed and completely designed two websites which followed the events at the Palace of Serbia – Serbia Digital Week and Western Balkans Digital Summit.
Innovation: We used laser beams, light devices that covered the opening ceremony through scene-audio-visual spectacle which was enhanced with a “special guest“ from London – TITAN THE ROBOT. Special installation at the salon was IMMERSIVE ROOM. This complex installation is called for a perfect match between the set design, audio and visual effects.
The salon was transformed into a “white room”, to which sculpted geometrical forms were added. The content consisted of three parts: Immerse Yourself Into Digital World, Giants of Serbian Science: Tesla, Pupin, Milankovic and Messages from the Future. 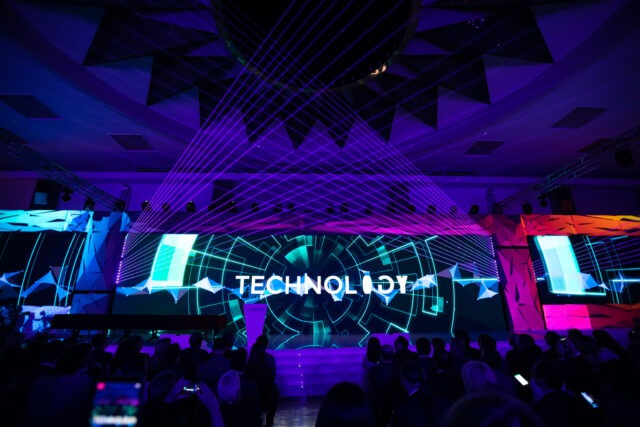 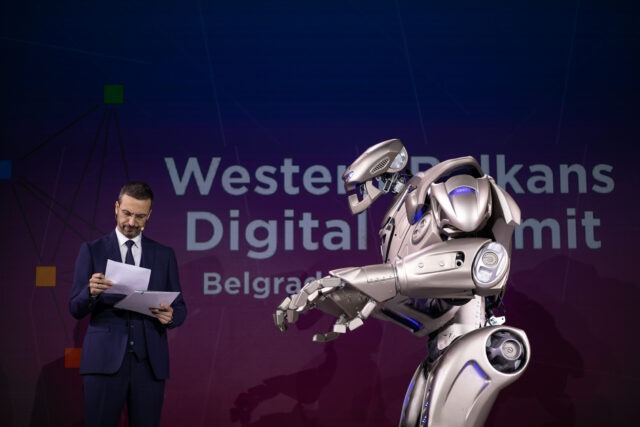 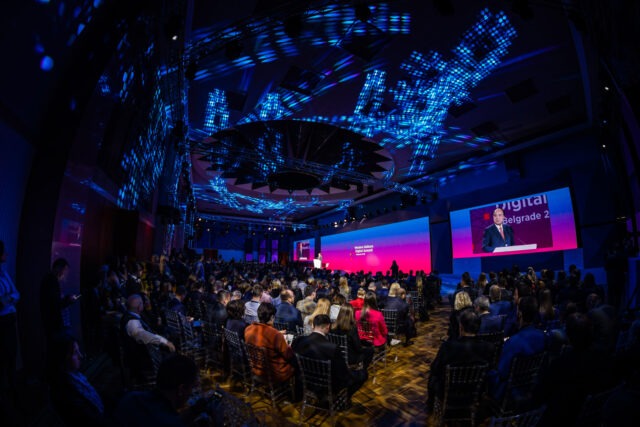 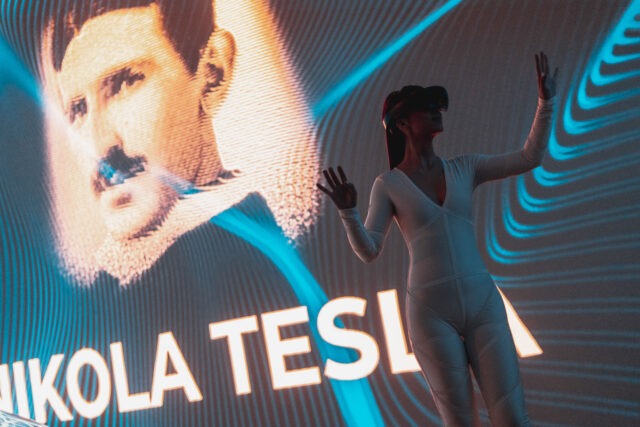 Boutique Hotel in the Air