Two caritative evening to celebrate the opening of the new Institut Jules Bordet in Belgium and the €18Million raise from “l’Association Jules Bordet”, first private donor to the Institute.

At the request and for the benefit of the “Association Jules Bordet”, the institute’s first private donor, it was a question of illuminating and transfiguring an extraordinary space for a unique moment : the main hospital hall coming into operation in the days that followed. IIt was also a major challenge with a friendly 100 meters long table : the scenography of which, made it an opportunity to mix the public, musicians and artists in the same generous spirit.

Mingled with the succession of acts, a menu concocted by four Michelin starred chefs, inspired in turn by themes such as the forest with its creatures, Versailles and China.

The performance brought together the Ensemble orchestral Mosan, under the direction of Jean-Pierre Haeck, with its 20 musicians, the singer Typh Barrow, the Wulong Wushu Team ASBL, the Ways Training Program Dance School with its 20 dancers, aerial artists and four star chefs assisted by 25 waiters for the gala dinner. 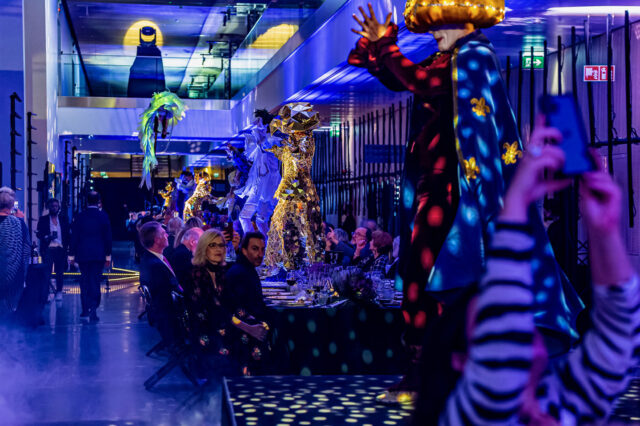 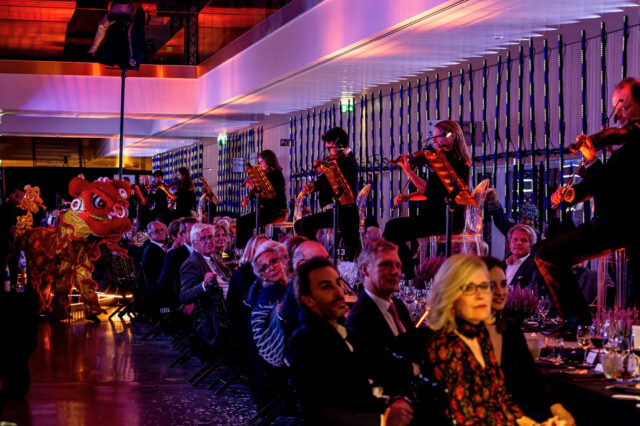 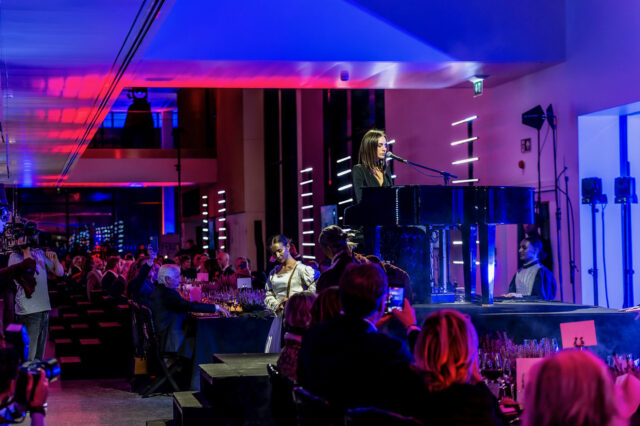 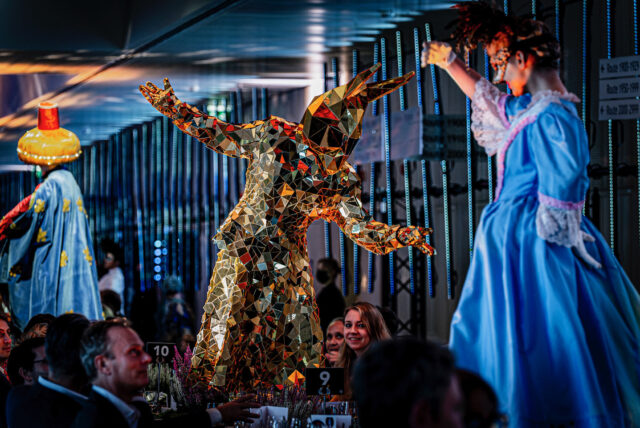 Life is a Circus

Mettiti nelle mie scarpe / A Mile in my shoes

TOUQUETHER, the charity festival dedicated to autism. The preview