An event for all citizens, designed to test frontier innovation.16 partners,300 Intel® Drones Shooting Star™, a remote control car, a water screen to tell the 3D story of Turin and 5G connectivity.

A water screen of 63x15mt narrate a 3D history of the city of innovation.The largest arcades square in Europe host 38K people who looked up to the sky for the 300 Intel® Drones show introduced by a remote control car and 5G connectivity which allows to transmitted from a drone the live show on screens and streaming through a testing app developed by RAI.16 partners from the international scene collaborate to create this first 5G event in italy.5.4x3mt LEDscreens,4km of fiber, 24km of cables,51 people at work,1.2Kmt of fences,1 flight authorization for 302 drones,4 days of testing and 3 months of work.A contest for citizens to define the closing phrase of the show, the winner was awarded during the celebrations with a gift from one of the Main Sponsors.Innovation was also into the security program with a smartphone application to evaluate the crowding situation,a video analysis system,drones equipped,and a demarcated control area with a system of virtual LED barriers. 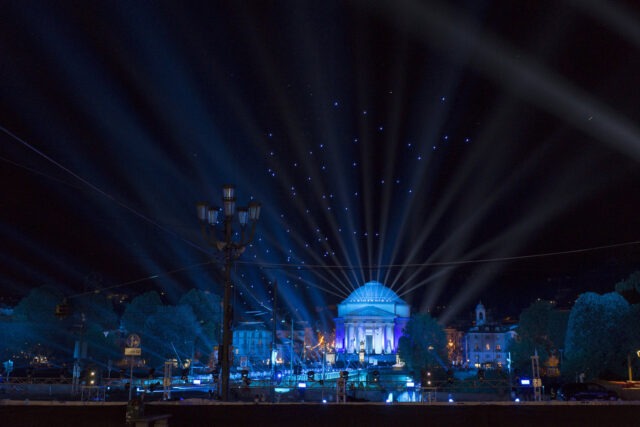 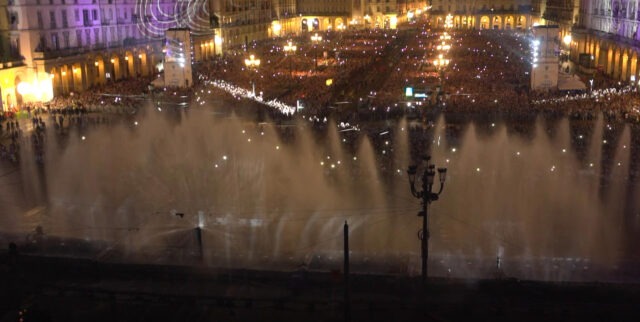 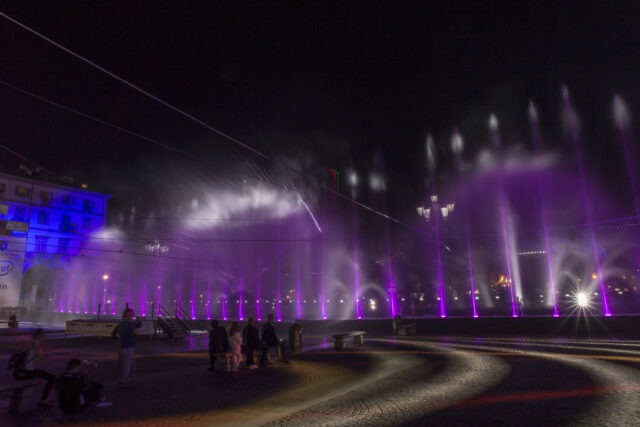 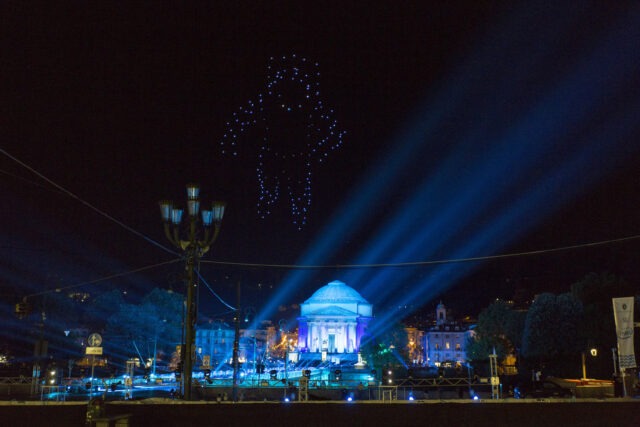