Concept Title: 4 Pillars of Devotion. Each of the main show moments within the Tournament have been conceived to maximise their emotional impact on the audience. We have aimed at transforming the Fernando Buesa Arena into the temple of European basketball, by dramatically changing the look of the court in a matter of seconds. For this purpose, we have taken an unprecedented approach, adding vertical dimension to the usual video mapping floor projection techniques, by implementing a gauze screen that suddenly appeared at the centre of the Arena. The 15 m tall screen, shaped like a cylinder and mapped with 360° projections, virtually and physically symbolised the pillars of the Final Four, that is to say the core values of the Tournament and of the Euroleague brand. The 4 “Pillars” (Fans, Teams, Action and Glory) have inspired a visual narrative capable of going beyond language and cultural differences amongst fans, uniting them under the same feeling of Devotion for the sport. 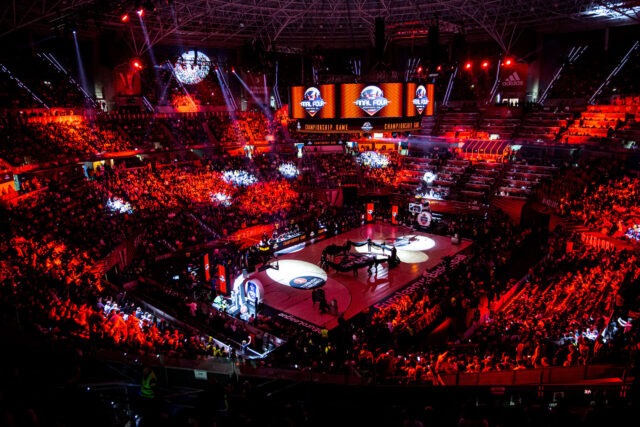 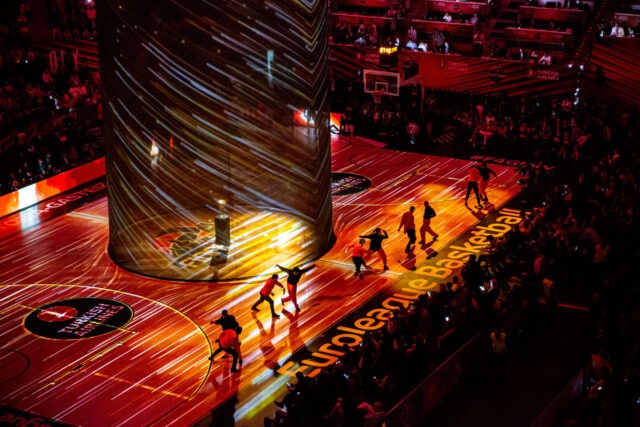 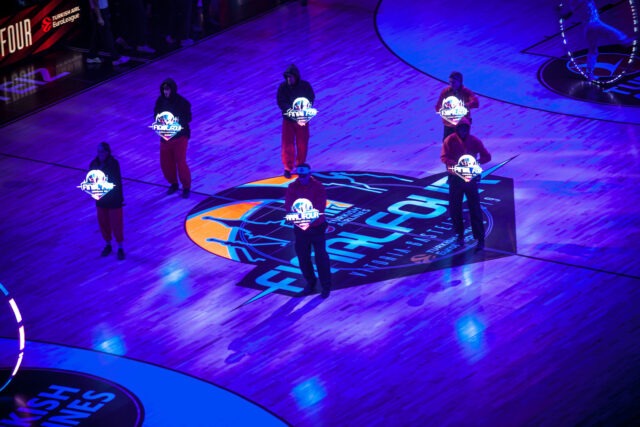 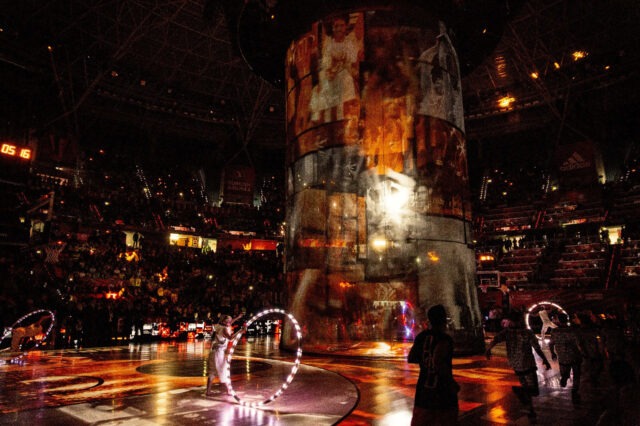