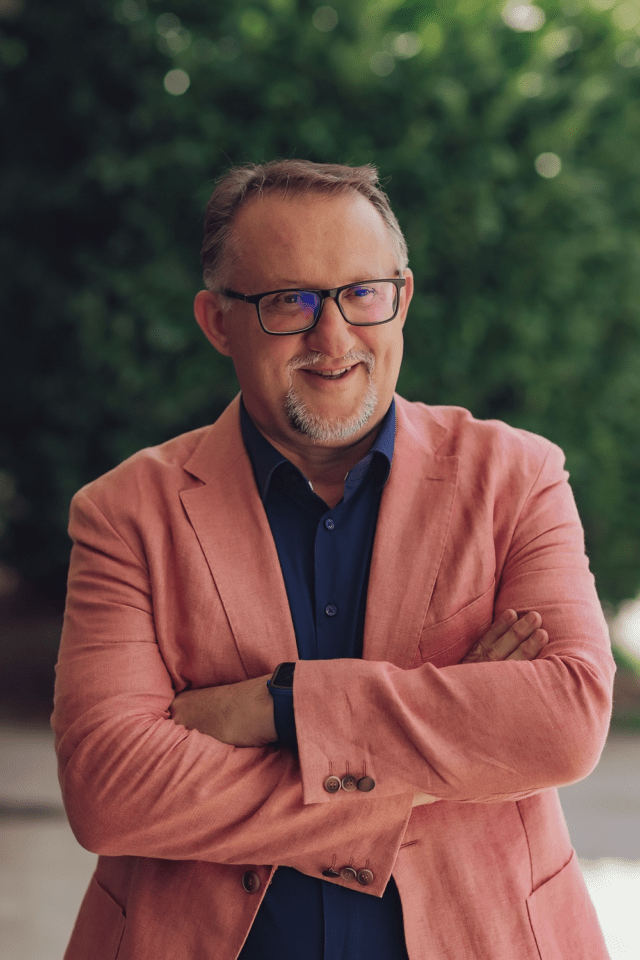 Gorazd Čad is a seasoned meeting planner who has dedicated 25 years of his life to the meetings and event industry. He has witnessed the fall of Yugoslavia, the establishment of independent Slovenia, adapted to the internet revolution of the ’90s, overcome the economic crisis of 2008, the 2010 eruption of an Icelandic volcano, the 2019 meetings industry burnout, 2020s corona crisis and more.

Gorazd Čad often compares the meetings industry to rock’n’roll. To him, rock’n’roll is much more than just a music genre. It’s passion, dedication and striving to be different. It’s showing the best of what you’ve got with all your heart and voice at the right moment. It’s impressing your audience and leaving an impression. It’s establishing an authentic connection with every participant and listening to their wishes. It’s making sure that attendees become your fans. The secret and essence of rock’n’roll is a good idea. The best ideas are simple, clear and unambiguous. Those that speak to the heart and soul. Just like music, events are a universal language that everyone understands. The idea of rock’n’roll is closely connected to the idea of freedom. Rock’n’roll is a way of life.

Gorazd Čad is the founder and director of the marketing and event agency Toleranca Marketing. Ever since 2006, he has been organising events under the family company together with his wife Natalija. Their most recognisable project is Conventa, which has been successfully connecting the regional meetings industry since 2007. His role in the company is marketing and development. Gorazd is the author of numerous articles and the Editor in Chief of Kongres Magazine, one of the most read media platforms of the international meetings industry (www.kongres-magazine.eu).