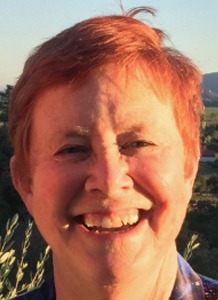 You’re Fyred: Learning from Our Mistakes

The nature of our events originates from two things: evolution of the good things, and learning from past mistakes. More than any industry, ours is one of co-creation, cooperation and co-production between all suppliers. Real co-creation also implies co-failing. Fritha Knudsen has produced very successful events worldwide, but she also witnessed a fair amount of failures. She has a clear view on how everyone involved should cooperate and on how failures can be prevented, together.

When things go wrong, in most cases. disaster could have been prevented by signalling the ‘red flags’. This session will help you recognise problems, address them and solve them, in cooperation with all stakeholders involved in the creation of the event.

Fritha has extensive experience as a producer for global live events as well as television and video. Fritha’s corporate clients include: Apple, Cisco, Google, Salesforce and Seagate.  Her work includes conferences, executive summits, road tours, user conferences, press conferences and fashion shows. Fritha has been involved in 2 Olympic Games - as Director of the Swatch Olympic Project - $120 million worldwide sponsorship of the Centennial Olympic Games in Atlanta, and as Executive Producer of the Official Film in 3D for the games in Vancouver.  As Executive Producer for Dreamforce Plaza in San Francisco, she was responsible for the conversion of a city block into a city park in 3 days, including 150,000 sq. ft. of synthetic turf, 17 grown trees, 2 stages, 13 bands, 4 giant LED screens, kiosks for serving 5,000 lunches and an overall conference attendance of 50,000. She created Eco Seagate in New Zealand and Australia for 6 years, a unique combination of Executive Leadership and Adventure Race. For Cisco, in only 6 weeks, she produced a 40,000 people goodbye party for CEO John Chambers at Levi’s Stadium, with Christina Aguilera and Keith Urban as entertainment. For Richard Branson and Virgin Galactic, Fritha unveiled two spaceships and created the dedication of Spaceport America in New Mexico. She also created a “Glamping” weekend for 200 Virgin Galactic “astronauts” in a field in Idaho for the Great Solar Eclipse in 2017. Fritha has been a keynote and workshop speaker for the Fresh Conference in Copenhagen and ILEA Conferences in Calgary, Denver and San Francisco and is committed to passing on lessons from her long and varied career.