The purpose was to enable the employees to experience the process of event creation from the idea to the realization by implementing it in front of the viewers through unconventional solutions.

The idea of the event was to provide the spectators with a unique opportunity to witness the top-secret creation process and to offer a taste of “live” action – construction of decorations, stage, the writing of scenario, rehearsal of roles, etc. Each scene was a cinematic film directed, filmed and shot and approved by director’s shout – “cut!”. Decorations change, new characters appear and the show goes on.
In these scenes each character appeared at the exact time, playing a definite role no matter what the role was – a waiter, a firefighter, a ”live” David sculpture or an opera singer descending from the sealing. Guests were involved in construction of event playing their part without realising it.
The entire event, scenography and stage construction were built in front of the audience. The scenography of the event hall was transformed three times with a change in mood for a specific film scene. The whole process took guests through three emotion levels – shock, chaos and euphoria. 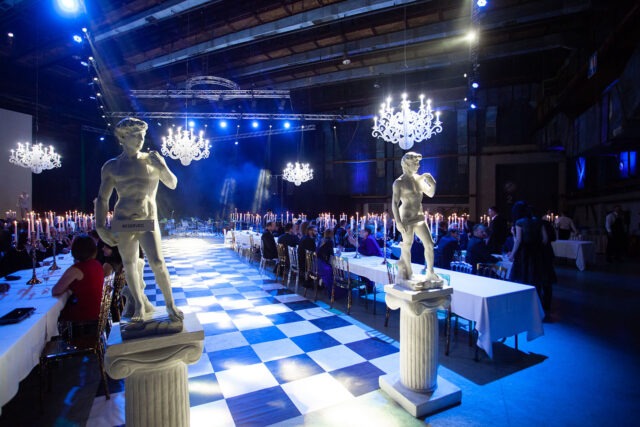 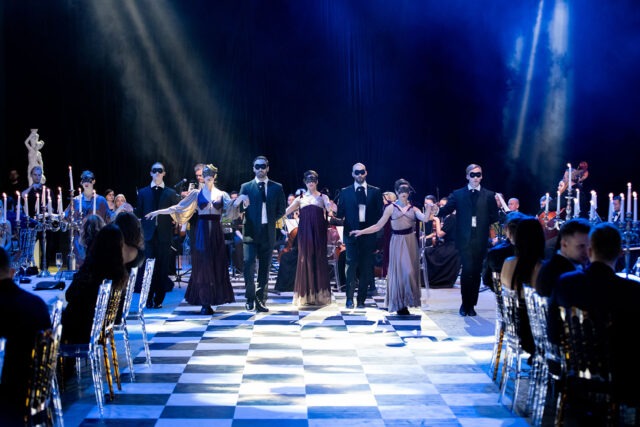 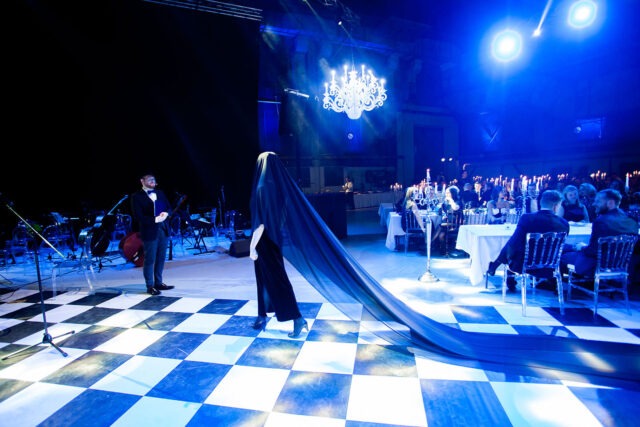 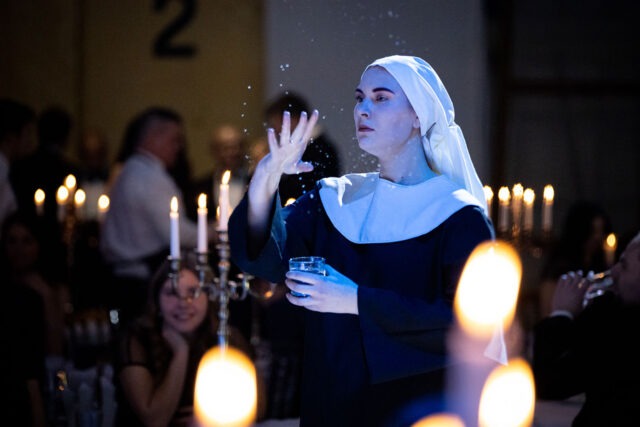 To the Red Moon