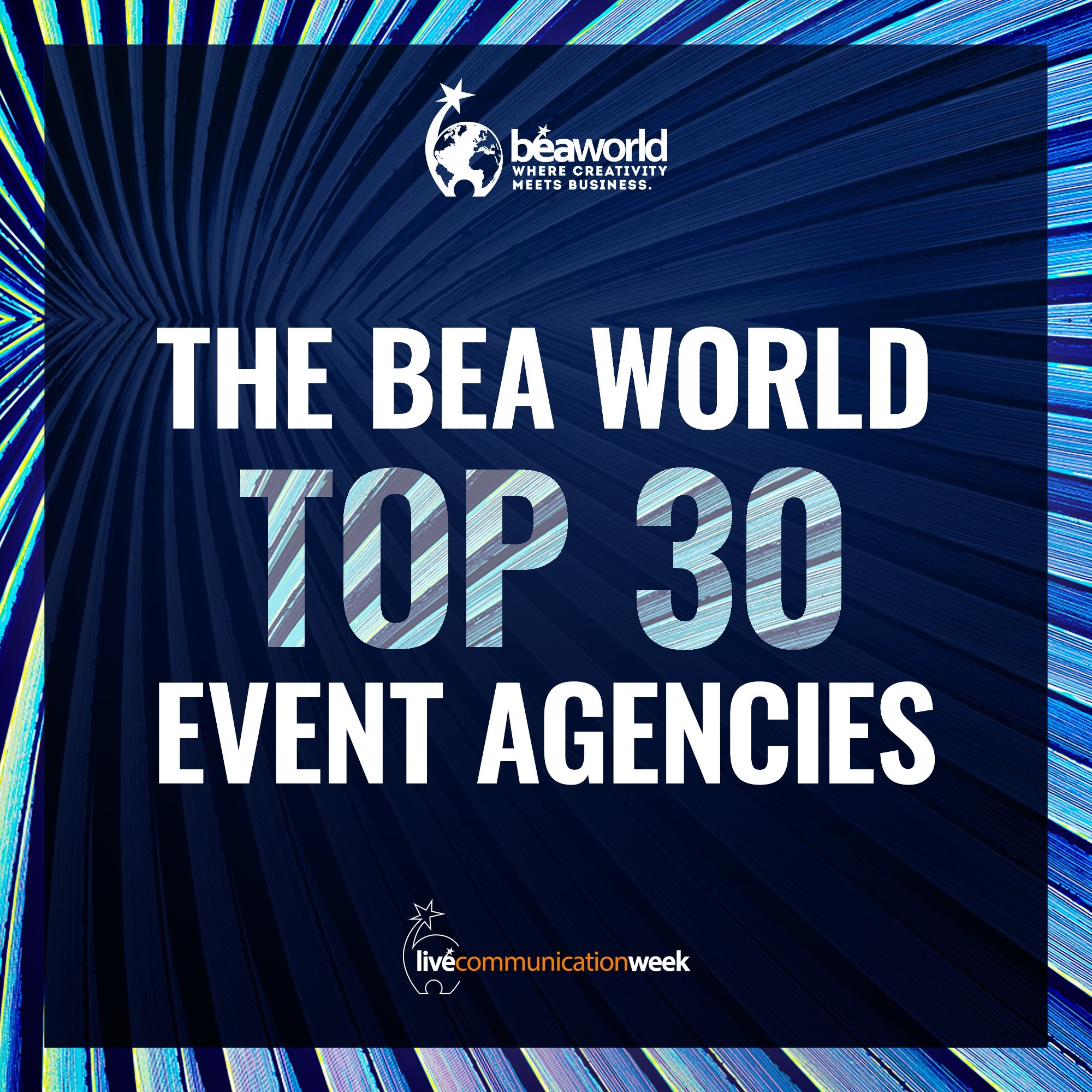 On the threshold of its 14th edition, the Best Event Awards is rightly recognised as the main international industry recognition, the best chance for event agencies to shine on the world’s stage of events and live communication.

Over 320 agencies from 37 countries have competed to seize the renowned Golden Elephant awards since 2006. Obviously, it’s not just about fame and glory. It’s also about brand awareness and new business opportunities.

Once again, we have drawn up a Bea World Hall of Fame, composed by the most awarded event agencies of all time. The ranking rewards agencies for their creativity, innovative approach, strategic thinking and impact, but it recognises their loyalty over the years as well. Ranking is based on the total sum of points obtained for each prize won since the first Best Event Awards and shows only the agencies still in activity.

Filmmaster Events from Italy is confirmed as the most awarded event agency, never missing a single appointment with the Best Event Awards, totalling a staggering 58 awards over 13 years, among which three Grand Prix (2006, 2007 & 2017), one Iconic Event Award (2017) and the title of Best Bea World Event Agency (2017).

No changes compared to last year for the second, third, fourth and fifth places, occupied, respectively, by Insglück Gesellschaft für Markeninszenierung from Germany, Magic Garden from France, by Desafio Global from Portugal and Vok Dams Events & Live Marketing from Germany.

Sixth place for Xsaga from The Netherlands, rising three places from ninth: “Our work has been recognised and honoured for more than fifteen years. This international achievement inspires and obliges us to surprise, marvel and amaze our customers every day”, says Founding Director Patrick Roubroeks.

Among the other agencies that have risen in the ranking, the biggest jump was made by Czech agency Jad Productions, gaining 40 positions, and moving from 52nd to 12th place. “We are very honoured to be part of this community. The good news is that our creative hunger is now proofed to be a good thing and the bad news is that we’ll have to do it again and better. Hopefully in collaboration with some of you.”, says Yemi A.D., Founder & Creative Director, on behalf of JAD Productions team.

George P. Johnson from the United Kingdom also visibly improved its position, moving from 17th to 10th place. “We are committed to celebrating creativity and effectiveness in Live Communications, and this is the result of our efforts”. beon. Worldwide from Spain as well did a great performance rising from 31st to 19th place: “Recognitions and awards are a reflection of passion, attitude, determination, and expertise of all those who are part of beon. Worldwide, but also a solid acknowledgment of the industry in an increasingly competitive market that requires of constant perseverance and innovation”, management says.

Thanks to the industry and especially thank to the clients that allow us to create unique, emotional moments.

Laqshya Live Experiences from India,the only non-European agency in the ranking, performed brilliantly over the past year. Entering the Best Event Awards for the first time in 2018, the agency now sits in 15th place, winning the most prestigious awards last year, including the Bea World Grand Prix. “We are extremely delighted to be on the Bea World Top 30 List. This is a huge reputation to live up to and hopefully we will be able to retain our spot in years to come. We have always believed in the power of ideas and being awarded the Best Bea World Event Agency Award in 2018 was one of the most cherished moments in the short 5 years of our journey at Laqshya Live Experiences. It is highly motivating for the team to be part of the list of global legacy agencies, which over years have done some outstanding work in the experiential marketing domain. We have been the top awarded agency in India for the last 3 years, but a global recognition like this is a huge honour. We thank you on behalf of all our clients and partners, without whom this recognition would not have been possible”, says Navneeth Mohan, Director & CEO.

Find out more and check out our top-30 event agencies here!