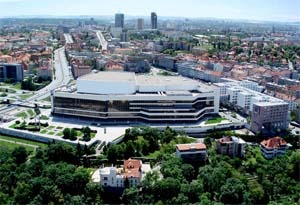 International Congress and Convention Asociation ICCA has released a list of the best congress and convention destinations in the world. Prague retains the 11th position and Prague Congress Centre has contributed the success.

Results of the statistics, which have been done by ICCA annually since 1963, were eagerly expected as ICCA is not only the global community and knowledge hub for the international meetings industry but also the worldwide authority in the field.

“The eleventh position in the ICCA ranking is not bad at all. On the contrary. If we consider the growing competition and the increasing number of strong Asian destinations on the market, we have to admit that Prague is doing well. After all, in European comparison it took the ninth place. However, our ambitions are higher. We would like to see Prague among the five best destinations,” says the Prague Congress Centre´s Sales and Marketing Director Lenka Zlebkova.

High ambitions of PCC´s management have a solid base. “We follow new trends and try to keep up with the new congress industry trends or ideally be ahead. The Prague Congress Centre stands in front of an important extension. We are looking forward to a winning study of the architecture-urban design competition which will include the plan of a new exhibition hall and urbanistic solution for the surrounding area. We are currently investing into new technologies which will make the event management easier and will raise the quality of the event. We are investing 15,5 million CZK into AV technology, nearly the same amount of money in digital navigation system and more than two million in mobile technology throughout the building,” adds the General Manager Roman Ray Straub.

According to studies the congress business takes the path of digitalization and aims at so called Y generation – people born between 1980 and 2000, who use internet, smartphones, applications and fast solutions on daily basis.

Unquestionable advantage of PCC is the variety of its space. It can host big as well as smaller events and it can also host more events at a time due to the architecture of the building divided in three logical units with their own entrances.

By the end of 2020 PCC will have to current 13,000 m2 of exhibition space a new exhibition hall which is requested especially by clients from medical field. Will investments pay off? “Prague Congress Centre pays to the state government and the City of Prague about 400 million CZK every year from standards events which take approximately 2 days and have about 450 visitors. About 300 million CZK it is yearly from irreplaceable events which last about 4,3 days, accommodate 1,900 attendees and because of the requirements on space they cannot be organized anywhere else. Additionally, from the researches done by ICCA it is obvious that the number of events doubles each decade. From the above mentioned it is clear, that to invest into the building, which is very well situated, logically planned with excellent transportation accessibility, makes sense,” closes the General Manager Roman Ray Straub.