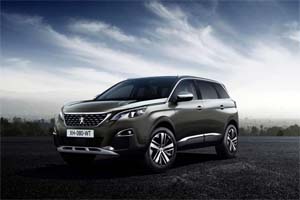 Portugal was the country chosen to host the world presentation of the new Peugeot 5008 to the media. The event will run from 12th February  to 3rd March and it will be attended by 600 journalists from 30 countries.

It is in the region of Lisbon and Tagus Valley that journalists will be able to try the new car. The quality of the Portuguese host, hotel infrastructures and roads were the main reasons for the choice of the country.

It is the fifth time in the past few years that the automobile brand invests in Portugal for the worldwide presentation of a model. In 2015, Peugeot 308 GT was introduced in the Cascais, Sintra and Serra de Montejunto regions, while the 308 GTi by Peugeot Sport was a star in Greater Porto, Douro and Braga. In 2012, Portugal hosted the world premiere of Peugeot 208, one of the largest events held by the brand in our country, with more than 1.200 journalists (in the Cascais-Grande Lisboa and Serra de Montejunto axis), and eight years earlier, in 2004, presented in the Algarve region Peugeot 407.