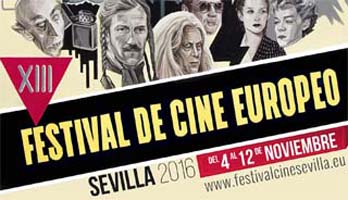 The agency has been awarded the design, production and setup of the different supports and ephemeral elements that will be installed at the different Festival venues, together with the opening and closing ceremonies to be held at the Lope de Vega Theatre in Seville. In addition, the company will carry out production support services and public relations.

The Seville Film Festival is a project of the Seville Institute for Culture and the Arts (ICAS) where the industry, pubic and critics will come together to enjoy a selection of the best European cinema. This year, the Festival holds its 13th edition, between 4-12th November at different locations throughout the city.

The 13th edition of the Seville European Film Festival (SEFF) has entrusted Acciona Producciones y Diseño (APD) with some of the events related to this celebration. Once again the company has been awarded the support services for the production and public relations, plus the design, art direction, stage set, production and set up of the different supports, props and ephemeral elements required to adapt the different venues of the Festival. Equally, APD will be responsible for the design and execution of the stage sets that are essential for the Festival’s opening and closing galas, which will take place at the Lope de Vega Theatre.

The 13th edition of the Seville European Film Festival will be held at different locations in the city, such as Casino de la Exposición and the Lope de Vega Theatre, the Nervión Plaza and Zona Este cinemas and the meeting points located at the San Pablo airport and the Santa Justa train station.

To adapt the different stages, APD has based its design on the Festival’s poster for this edition, created by the Extremadura-born and Seville-based artist Maria José Gallardo, who has framed the iconic villains and femme fatales of European cinema on a vintage photograph with a sepia background, a design halfway between airmail and a film clapboard.

In line with the Festival’s trajectory and hallmarks, the Official Section will showcase this year’s key films within the sphere of contemporary auteur cinema. For this edition there will be 215 titles of the best old-world cinema, plus 400 screenings, 27 world premieres, 2 international premieres and more than 120 Spanish premieres. This gathering will bring together professionals, the general public, creators and programmers at the approximately 120 meets between the filmmakers and the Festival’s audience, at colloquiums, presentations or master classes.

Acciona Producciones y Diseño (APD) has participated in the design, production and organisation of the Festival in the last four editions.