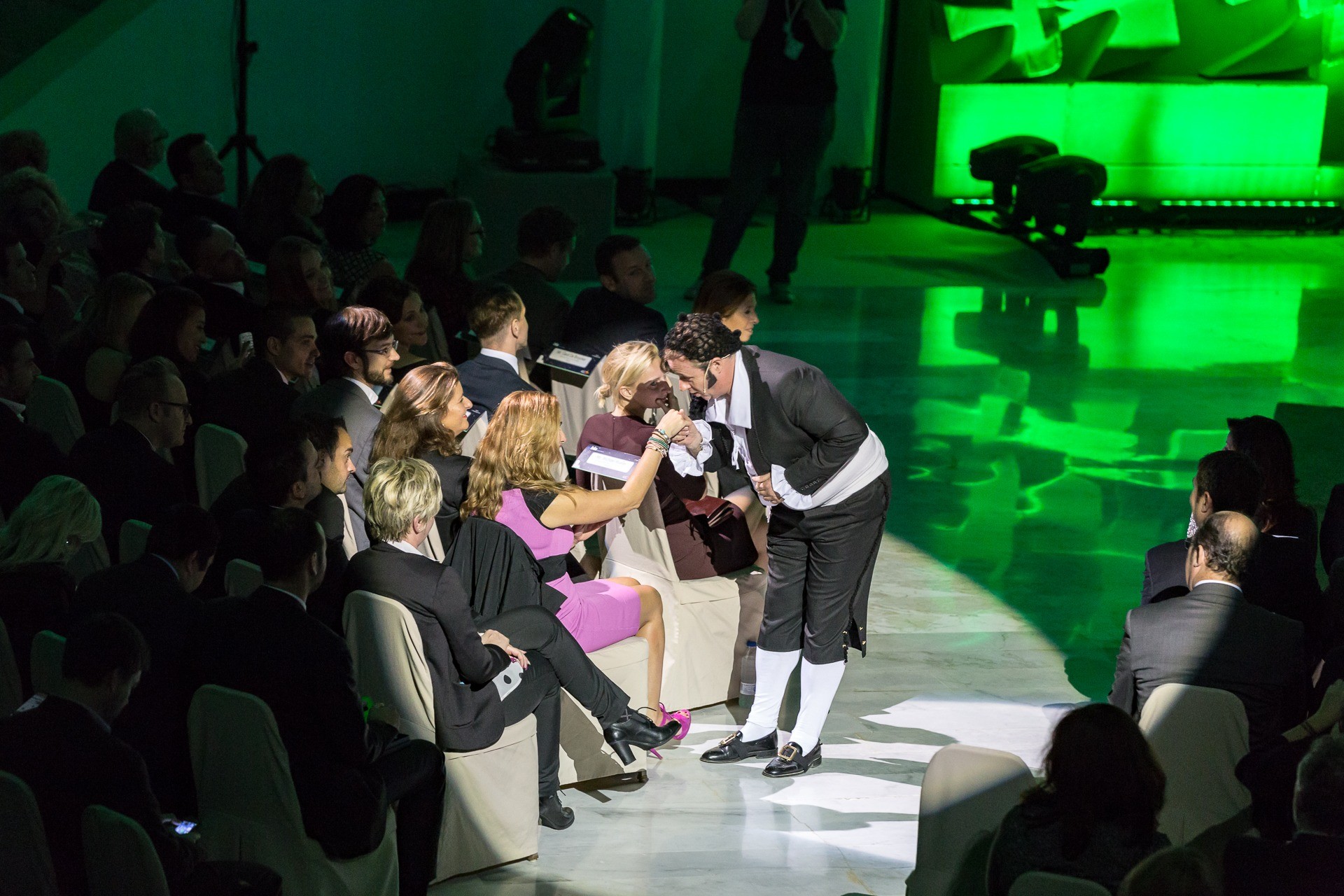 The Seville marathon of events was rounded off with the awards ceremony, in recognition of yet another record edition of the European Best Event Awards, which saw 290 events enroll, i.e. a huge 79% growth over the previous year.

The President of ADC Group, Salvatore Sagone, alongside the cheerful and carefree Jessica Polsky, welcomed the large audience. The latter’s spontaneity on stage always kept the interest to a maximum, especially during moments of amazing entertainment provided by live shows from Spanish artists, who executed singular performances directly among the enthralled audience.

The main protagonist of the evening was the excellence of the awarded events. A creative showcase as well as being a moment of celebration, which saw winners of the different categories, technical excellences and special awards alternate on stage. These included the title of Best Evaluation award, awarded jointly to the events Alfa Romeo “An Italian Creation” produced by Symmetrical, and “Cisco Live” created by George P. Johnson.

The Austrian Broadcasting Corporation, for this year’s Eurovision Song Contest in Vienna, was recognised with the Best Channel Strategy award, while the Opening Ceremony of the Hannover Fair in 2015 was awarded the special prize for Technological Innovation.

The Press Award made its debut during this tenth anniversary edition of the prize, bestowed by a panel of international media representatives. The prize was awarded to ‘Hearing Hands’, by Dinamo Istanbul (part of Casta Diva Group) for ‘Samsung Electronics Turkey’, who also won the title of Best Creativity, Best Effectiveness and Best Low Budget Event.
Samsung was voted Best Company of 2015.

104 events made the shortlist vying to reach the highest step of the podium, from which a panel of accredited professionals chose the Best European Event of the year.

The Belgian event commemorating the bicentenary of the Battle of Waterloo, produced by VO Communication, took many of the prizes available, including awards for Best Agency, and Best Creative Director for the work devised by Michel Huvenne.

The event, a partnership between the Belgian agency and Verhulst Events and Luc Petit Création, merited 4 category awards and the special prize for Best Execution, as well as being crowned as Best Event 2015.