Société Générale is organizing for the third year the operation “Un appart à la Clé” (A flat to win), for young and adult people and its willingness to follow the key moments of their lives, such as finding an apartment. 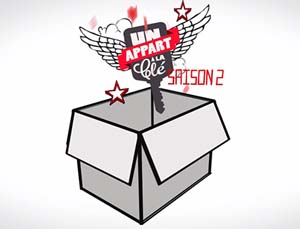 The goal is simple: offering young people aged 18 to 29 a great transmedia treasure hunt, from September 2nd to 14th, simultaneously on the Internet and in 10 cities in France: Paris, Lille, Lyon, Grenoble, Bordeaux, Montpellier, Toulouse Aix, Nancy and Nantes. The prize: 10 furnished apartments for rent, for 1 year (one in each of the 10 cities).

The winners have to be the fastest to find 20 keys by solving clues issued on Facebook or on the mobile application. The keys are hidden in the web banners on websites and around the cities in the form of QR Codes that participants can scan with the special mobile application.