MCE Central and Eastern Europe 2014 got off to a fabulous start last evening. The 4th

edition of the business-networking forum, where global event planners meet with solution providers from Central

and Eastern Europe, had an exciting first day. The morning of February 9th saw a number of participants visit some of the supplier hotels around the city during the Site Inspection Tours.

Simultaneously, a sightseeing tour was also organized and allowed the guests to get a feel of the city. 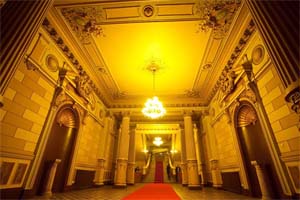 The “official” part of the event kicked off with the Registration, which saw nearly 200 attendees

gather at the event venue- the Radisson Blu Hotel Bucharest. A Welcome Reception with addresses by 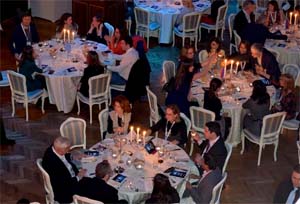 dinner, hosted by Rezidor, looked like it came out of a book on “Networking Heaven”. There was a

flurry of exchanging of business cards and the discussions that ensued. The entertainment consisted

of a lively violin performance of some classical as well as more recent tunes. There was also a

networking icebreaker, which was based on different destinations of Central and Eastern Europe, 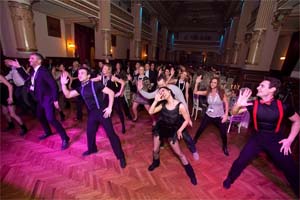 schedule the next day.

Kohl & Partner Hotel and Tourism Consulting. Also included were presentations by all the attending

Convention Bureaus, who showcased their respective destinations each within 3 minutes.

Currently, the pre-scheduled one to one meetings are in progress and everyone is gathering precious

contact and information, which is the core focus of the event.