2012, the Berlin office of Vok Dams, the agency for events and live-marketing, was 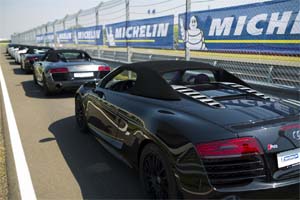 This year Wiesbaden had been chosen as a location. After introductory workshops and

an intense annual meeting of the Einkaufsgesellschaft Freier Reifenfachhändler EFR

the event’s highlight at the spa house Wiesbaden.

“Just like in 2012, we were yet again very satisfied with the organization and

implementation of the EFR general meeting and the gala evening by Vok Dams.