At the legendary GTI Meet 2013 in Wörthersee, Volkswagen inspired GTI fans from across Europe with a highly interactive and emotional display. At the Volkswagen exhibition stand, which covered a surface area of approximately 2,500 square metres, Hagen Invent (Düsseldorf) gave the brand a Las Vegas style appearance to match the current Golf GTI campaign. 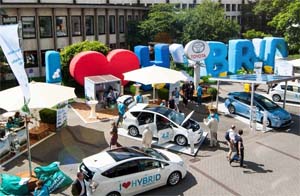 True to the campaign slogan ‘Often copied. Never equalled.’ the Düsseldorf experts for live communication enticed visitors into the world of the original Golf for four days and told the captivating and highly effective story of fun, coolness, passion and greatness relating to the one true original – The Great GTI. As lead agency, Hagen Invent was responsible for the entire conception, creation and realisation of Volkswagen’s presence at the largest Volkswagen meet in the world.

Several thousand visitors experienced a presentation of a unique kind at the Wolfsburg-based Group’s exhibition space, which was designed by the Braunwagner design agency from Aachen. The stylish grand opening by The Great Reifnitz Big Band was followed by spectacular shows and an interactive programme during which GTI fans presented their souped-up cars and celebrated their enthusiasm for the one true Volkswagen original. Amongst showgirls, Bellagio mist fountains and slot machines, they became protagonists in a touching story that reached its emotional peak each evening with a big band performance of the legendary Frank Sinatra campaign song My Way and which used various channels to publicise the event beyond the venue itself on social media outlets. 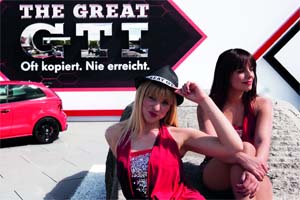 Talking about his team’s success, Steffen Dietz, creative director and member of the management team at Hagen Invent, said: ‘The aim of our integrated concept was to bring the campaign theme to life and entertain the target group in style at the venue, as well as to get them actively involved. With a trendy story and cool images, we managed to create highly viral content and inspire enthusiasm amongst the fan community for the brand and the new Golf GTI that will last well beyond the GTI Meet.’