Returning to Wembley Stadium for the second time in three years, the Uefa Champions League final is being held on 25 May 2013. 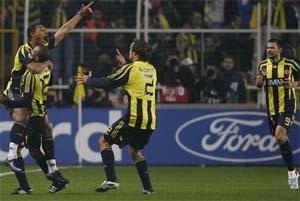 Ford is working with Imagination on a project to bring around 1,200 dealers and employees from 55 countries to the sporting event.

Ford has been an official partner and official vehicle supplier for the UEFA Champions League since 1992, and has renewed its sponsorship for the 2012-2015 seasons.

Imagination logistics director Esther Wyatt explained it is a “logistics-heavy event”.
The agency will be organising aspects including travel, activities around London, and dinner events during the two-night programme, as well as a welcome dinner to be held at an “iconic venue”.

“The fact that the Uefa Champions League final is coming back to Wembley is very exciting,” added Wyatt. “It is very unusual and particularly special because 2013 marks 150 years of the Football Association.”